Big Mama was transported to SeaWorld Orlando from IMMS, where she has been receiving care since she was rescued after an oil spill in 2010 off the coast of Louisiana. Big Mama suffered severe bite wounds to her front and hind flippers making it difficult for her to swim properly. In 2012, Big Mama was deemed non-releasable by U.S. Fish and Wildlife Service, and due to space limitations, IMMS could no longer care for Big Mama.

Upon her arrival at SeaWorld Orlando, Big Mama received a full health assessment and was placed in the park’s quarantine area where she will continue to be closely monitored by the SeaWorld Orlando’s animal experts and vets. Big Mama will transition to her permanent home at TurtleTrek soon, where her story will help educate guests about wildlife conservation and how they can make a difference with everyday actions. 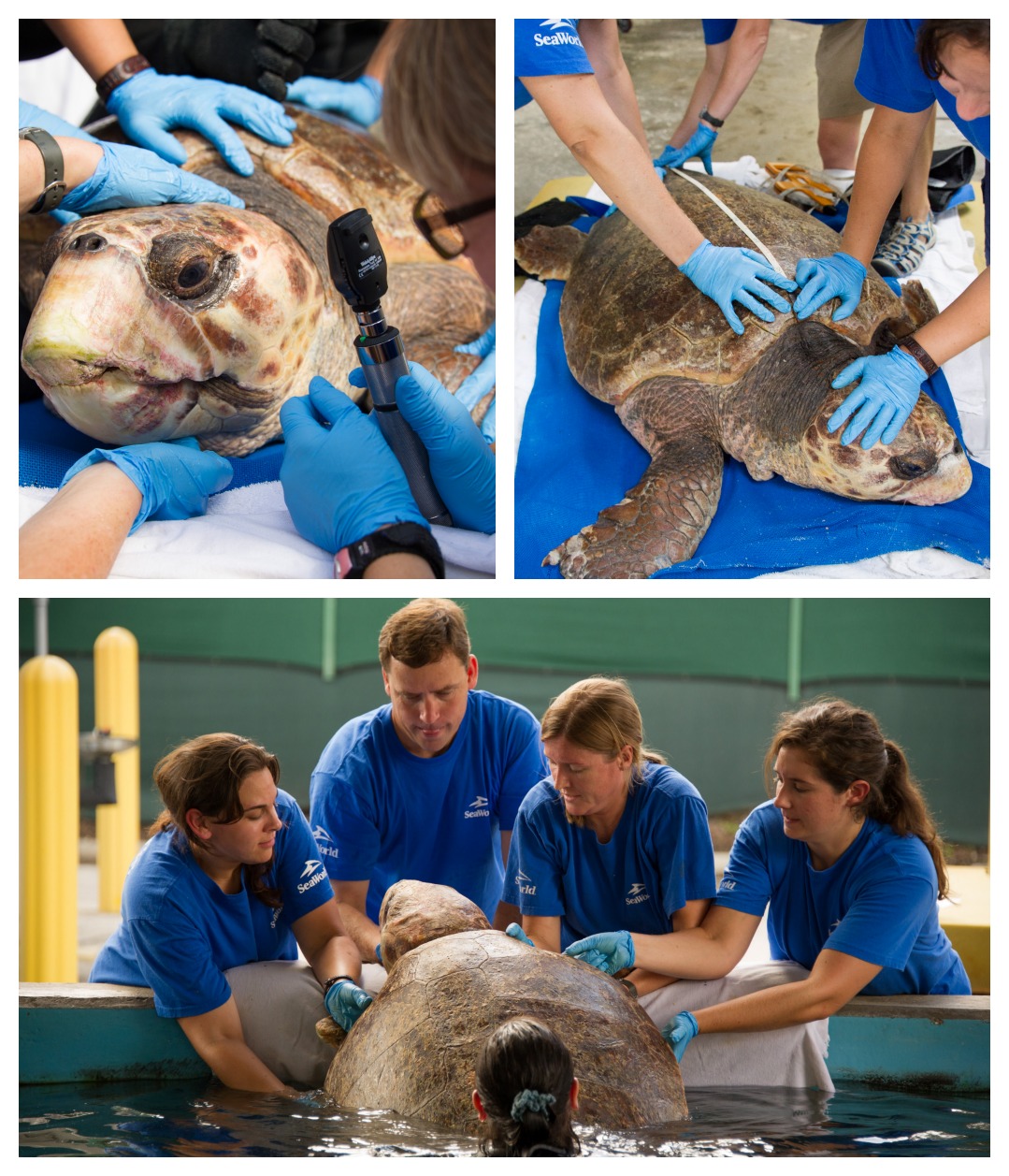 Photos: Big Mama received a full health assessment upon arrival at SeaWorld Orlando and will reside in the quarantine pool before moving to her permanent home at TurtleTrek.