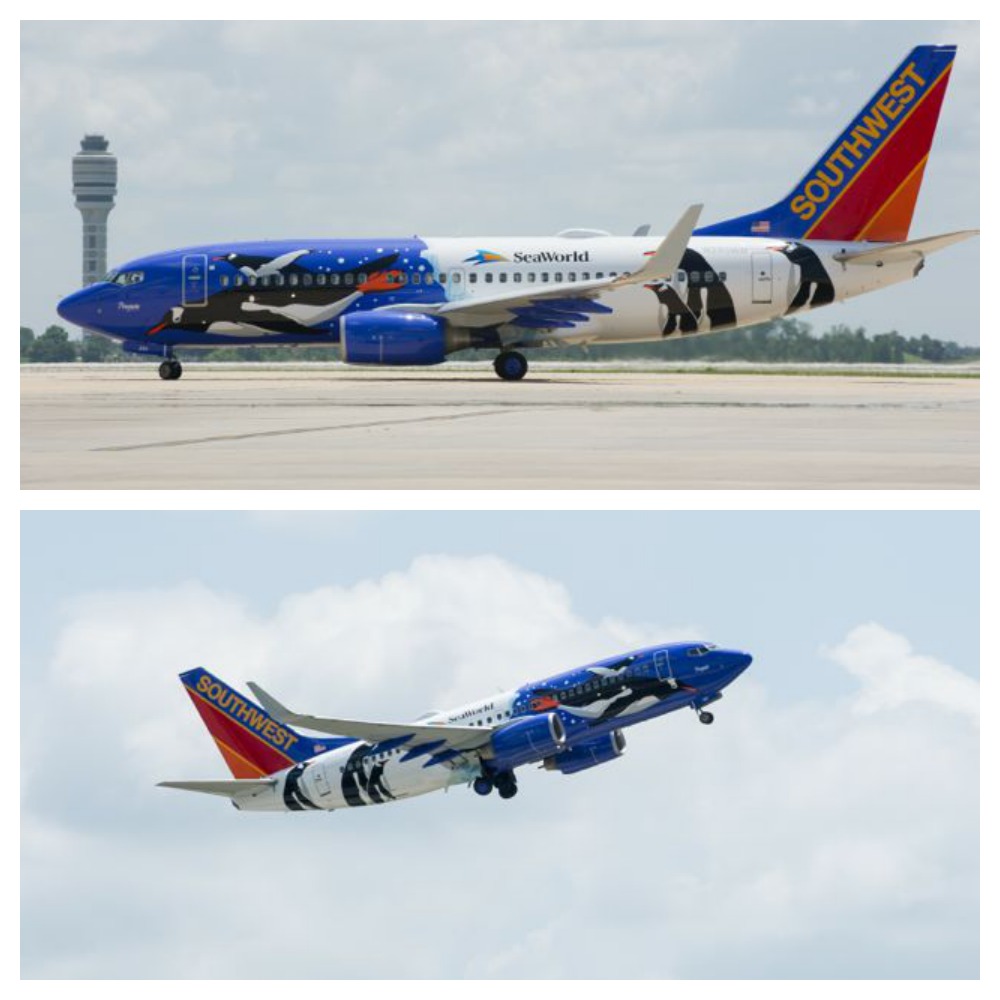 The partnership between the two companies dates back to 1988, which began when SeaWorld opened in San Antonio. Southwest and SeaWorld launched their partnership in a high-flying way—with the introduction of a new Boeing 737, Shamu® One!

The featured penguin species on the aircraft is a gentoo, one of the species found at SeaWorld Orlando’s new Antarctica: Empire of the Penguin™. The attraction includes a first-of-its-kind family ride that transports guests into the penguins’ icy world.

In celebration of Penguin One, for three days only, Customers will receive a special offer when they book a flight, hotel, and theme park vacation package for three or more nights to select SeaWorld Parks in Orlando, San Diego, or San Antonio.  Customers will save up to $100 per hotel reservation ($20 per night) when using promotion code 72HRSEA at the time of booking.  For offer details visit http://www.southwest.com/html/promotions/click-n-save-sale-swav.html.