We recently lost our 13 year old golden retriever which has been difficult. Our 4 year old son had a lot of questions, so we hit our local library to find pet loss books. To anyone who has a grieving child, perhaps these books can help bring peace. The books are extremely difficult to read without sobbing, but it is healthy for children to see a parent’s emotions and understand it’s OK to be sad. 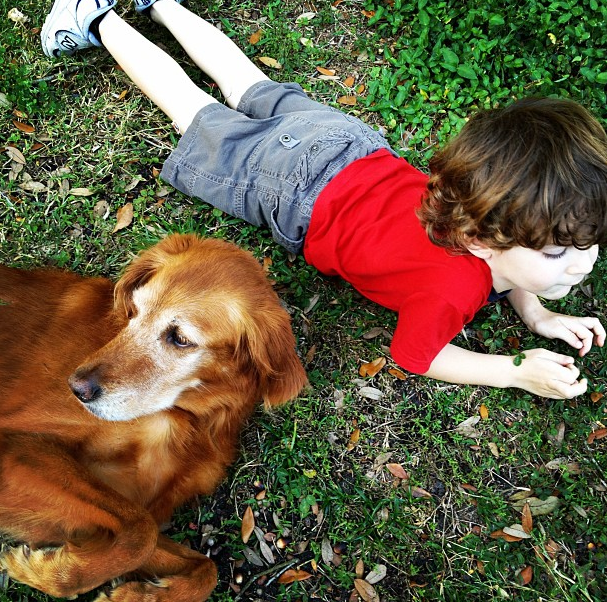 One book we brought home was Dog Heaven written and illustrated by Cynthia Rylant. The book has helped my son laugh during an extremely difficult time. He loves that God is watching over his dog while she runs and eats ham biscuits. He is concerned about her sleeping in a cloud though, afraid she may fall out. I explained there are no worries in Dog Heaven. The one aspect he really took to heart is that sometimes his furry friend will disguise herself and return to check on her human friend. She may visit her old backyard, sit on the porch and watch him play, etc. without letting him know she’s there. Well, at t-ball practice he saw a basset hound and took off running for it yelling “Bailey, Bailey is that you girl“. Poor kid. But, the illustrations are whimsical and despite the story line, it’s tough not to smile because Dog Heaven seems like a wonderful place! 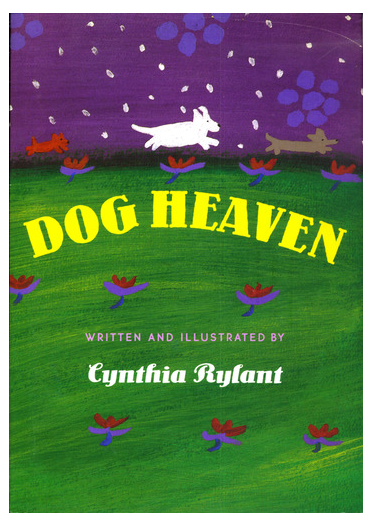 The other book which tied in perfectly with our situation was A Dog Like Jack by DyAnne DiSalvo-Ryan. This book showed how Jack and his little friend grew up together, but Jack was aging much faster. Jack started to slow down and not be able to play and walk like he used to, but he was still such a part of the family. It touched on the subject of human versus dog years, so we computed Bailey’s age in dog years (which helped my son understand his Bailey and Jack were the same age when they passed away). It also showed the family burying Jack’s ashes, but that is something my son is having a hard time with. He doesn’t understand why Bailey is in a wood box and wants to open it so she can come out to play. This book is not sugar coated, it shows the emotions that come with losing a pet. But, I feel this book was best for my son since he could relate to Jack. 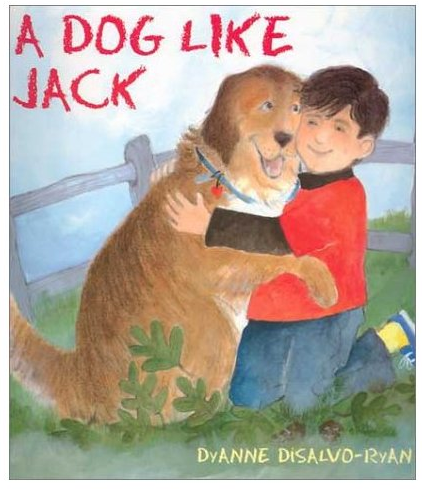 Our library had quite a few books to choose from, these two just seemed appropriate for us.

The other day, my son casually picked up the phone. I overheard the conversation as tears streamed down my face.

Bailey, I’m ready for you to come home now, I want to play firefighters with you. I don’t want you to die anymore. I miss you. Bye.

Then, he hung up the phone. He told me he called Rainbow Bridge to tell her he misses her. He also said “we can get a new dog mommy”, but that is not going to happen. 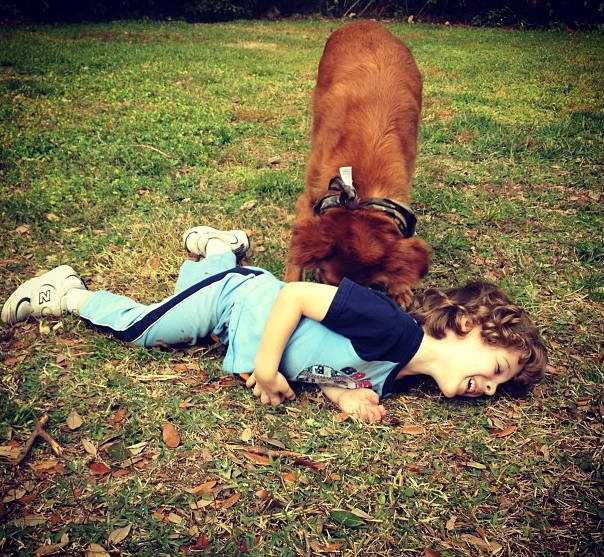 We talk about her often, there are reminders everywhere. He still finds sticks in the backyard and says “Bailey would love this one mommy”. I’m glad he lets her memory live on, they were great little buddies. She will forever live in our hearts.