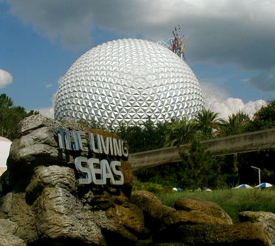 My family decided to visit Epcot last week to walk around the countries and just enjoy the Florida weather. Epcot has always been my favorite park, I feel like it is more of the grown up Disney World. During this particular visit, I FINALLY realized after 10 years of being an annual pass holder that Disney doesn’t really care about your experience, they care about your dollar bill. It’s a shame to see Disney go downhill like it has, but the truth needs to be told. I have learned it is a complete waste of time to complain because Disney does not listen nor do they care.

My son was excited to ride the Mexico ride. The cast member put us on a ride that appeared to be working fine (we watched a boat take off moments before we took a seat on our boat) and we sat for 5 minutes wondering what was going on. My kid doesn’t sit still long (he’s a toddler, what do you expect), especially when he’s excited about a boat ride that isn’t happening. I asked the cast member if there was a problem and she ignored me. Again, I asked her if the ride was broken and she said it would be a few minutes. Well, my son was having no parts of it so I asked if we could exit. Needless to say, she gave me attitude and said she’d have to turn the power off. Ummm, if the boat is on hold and hasn’t moved from the starting point for 5 minutes, what is the big deal? Finally, she let us off. I let her know her attitude and lack of customer service is one of the main reasons we are not renewing our passes! Walt would have been so embarrassed of her behavior!

Also, I realized after my husband and I spent $14 on a sample sized glass of cheap wine in France that we were totally being ripped off. I guess perhaps the economy is making me think because I know we could have bought a decent bottle from Total Wine for that amount. Plus, if we add in the $15 we spent in Germany on two glasses, we could have purchased some yummy wine pairing appetizers from Whole Foods. 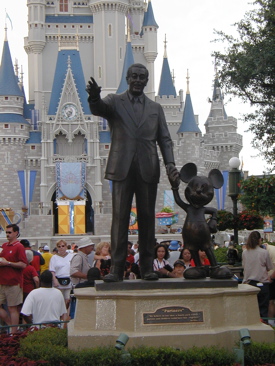 Another shocker to me was that I went into several huge stores and NOT ONE OF THEM had a balloon! I don’t understand it, at the Magic Kingdom people walk down Main Street USA with a huge bundle and I’m always afraid the person will be lifted into the air. Epcot is another story, there is not a balloon to be found! This is not really great when you make a promise to your kid who made pee pee in the potty! Thankfully, I was able to go to Publix the next day and purchase a Mickey balloon.

I guess the truth finally came out, I am officially a home body now! My mom will be so proud to learn that I no longer desire to fight the thousands of people just to walk around the Mouse’s house! There are ways to still have a Disney type experience without actually stepping foot inside the theme park and fighting the crowds (character dining inside hotels, taking the resort monorail and visiting the various hotels near the Magic Kingdom, Disney’s Boardwalk and the Downtown Disney Marketplace). Now, if I could only break my son’s obsession with Mickey then it would all be fine. We have free one-day passes to use thanks to the Birthday promotion Disney ran in 2009, so once those are utilized it is bye bye Disney World for our family!