September 30, 2014 (Orlando, Fla.) – Earlier today, following months of rehabilitation at SeaWorld Orlando, SeaWorld’s Animal Rescue Team returned a male manatee to the waters of St. Augustine.  The manatee, named Skellington, was rescued on April 23, 2014, by The Florida Fish and Wildlife Conservation Commission (FWC), who found him beached on a sand bar acting lethargic and with a wound on its back.

Skellington was transported to SeaWorld Orlando for care and rehabilitation. His treatments included routine tube feedings, antibiotics, blood work and radiographs to monitor his progress. Upon arrival, he weighed 735 pounds and was over 8-feet-long.  He now weighs a healthy 860 pounds, an increase of more than 100 pounds. 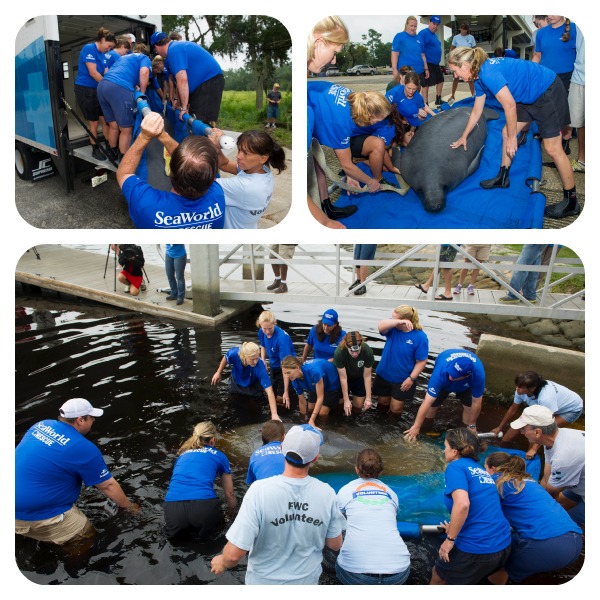 So far in 2014, SeaWorld Orlando has rescued eight and returned nine manatees back to their natural environment. In collaboration with the government and other members of accredited stranding networks, SeaWorld Parks & Entertainment operates one of the world’s most respected programs to rescue ill and injured marine animals, with the goal to rehabilitate and return to the waters. SeaWorld animal experts have helped more than 23,000 animals in need – ill, injured, orphaned and abandoned – for more than four decades.