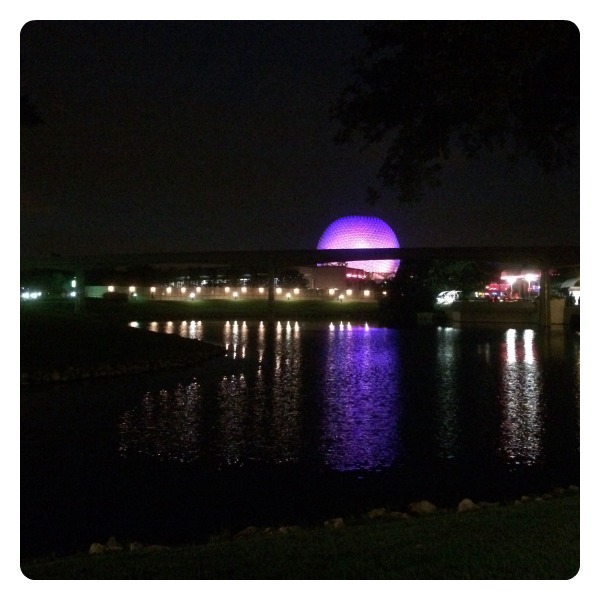 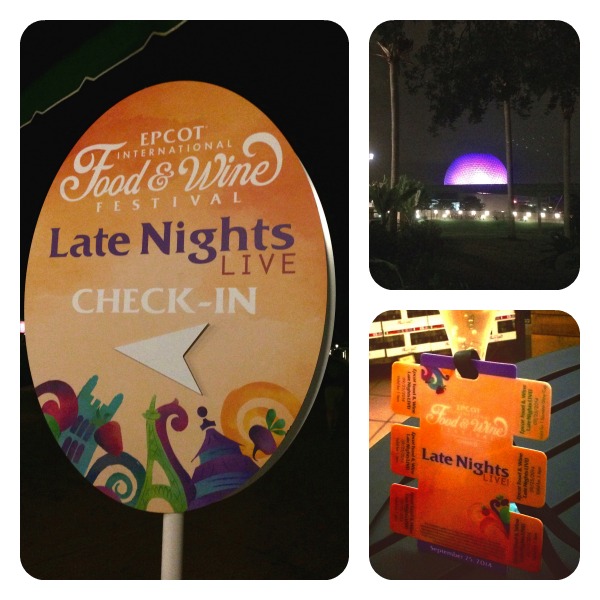 For $79 per person (plus tax), Epcot Food & Wine Late Nights LIVE! guests receive a credential lanyard valid for that specific date which includes: 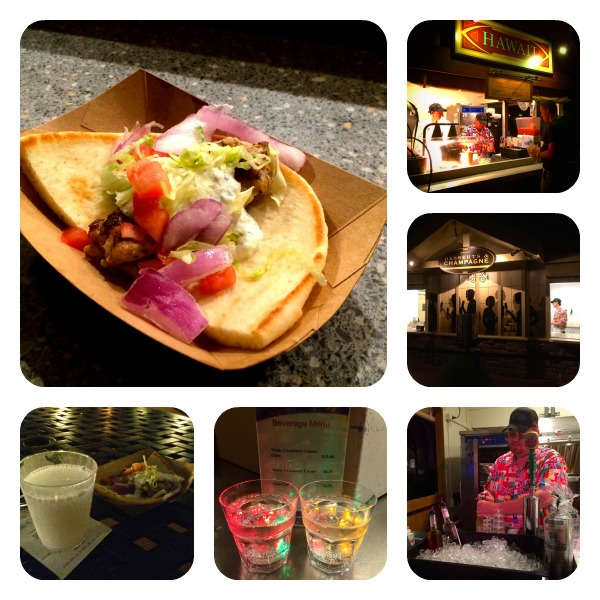 The party begins around 9:45 pm once daily park guests clear out and runs until 1 am. I experienced the debut of Epcot Food & Wine Late Nights LIVE! Thursday and had a blast. It wasn’t too crowded, we were able to sample some delicious food and beverages, and the live music was great.

The six open marketplaces consisted of Desserts & Champagne (note: not all items are available after hours), Hawai’i, Greece, Canada, Ireland and Refreshment Port. There is a specially marked tab on the credential lanyard for a souvenir glow cup at Refreshment Port which is filled  with White Cranberry Cosmo Glow (it is very tasty)! 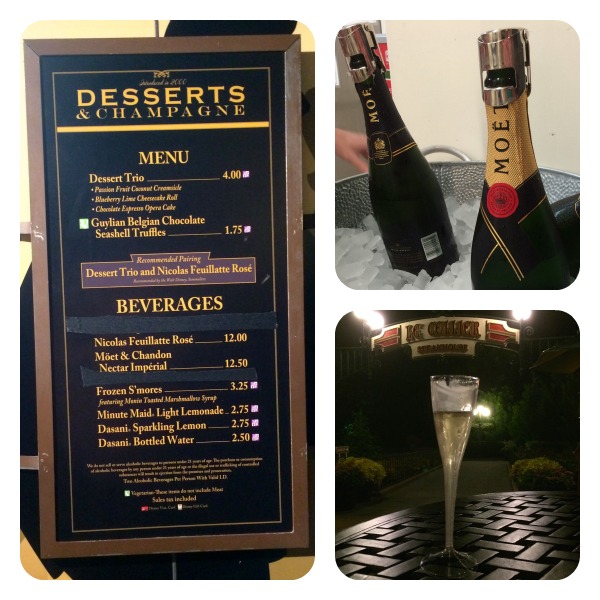 I didn’t see a lot of people dancing in the streets, but perhaps that’s because everyone was enjoying their high quality food and beverage while being entertained. I mentioned previously the live music was great…but I really cannot express enough how amazing Bryan Malpass is (he is also a regular playing at Downtown Disney). We listened to some of our favorite tunes from The Fray, 3 Doors Down, TLC, etc.). I personally think the live music is worth the admission price. 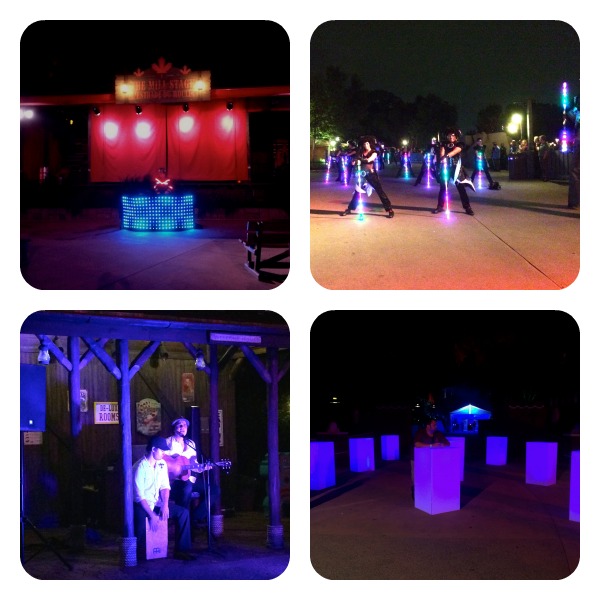 In addition, musical street performers entertained guests. There was a live DJ playing some beats, which was fun! Martini Pop, an amazing jazz band, also performed at World Showcase. All in all, it was an amazing night filled with Disney fun!

You may think $79 plus tax is expensive, but it’s a way to enjoy Epcot Food & Wine Festival without long lines, taste some of your festival favorites and be entertained. The atmosphere is relaxing and I think it is totally worth it. Plus, the backdrop is beautiful.

NOTE: Price includes admission to Epcot during the event for the day purchased. Theme park admission is included for the special event only. All attractions, entertainment and other offerings outside of the designated event area will not be available. If Guests wish to enjoy the theme park prior to the event, additional theme park admission will be required. Alcohol will only be served to Guests 21 and older with a valid Government ID.

Disclosure:  I received an Epcot Food & Wine Late Nights LIVE! media invitation to facilitate this post, no additional compensation has been received.