Today, LEGOLAND Florida and Tampa Electric unveiled a new 6-foot LEGO ® Globe next to the Imagination Zone attraction venue as part of initiatives to further education on renewable energy inside the park. Built out of more than 250,000 LEGO brick, guests will be able to enjoy the installation along with a new interactive area that features LEGO mini-model communities. The additions to the park emphasize the use of renewable energy, reinforcing LEGOLAND Florida’s efforts on green energy education. 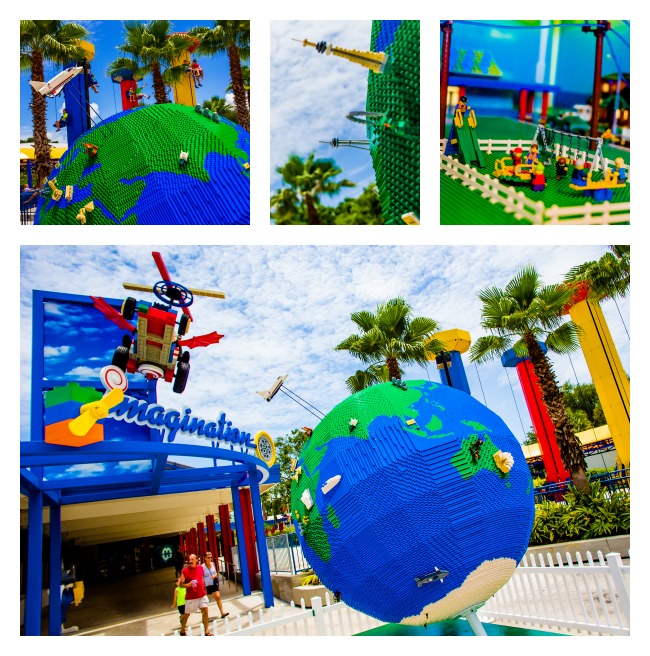 “We are excited to add both the LEGO Globe and interactive communities to Imagination Zone, giving our guests a new way to interact while learning the benefits of renewable energy,” said LEGOLAND Florida General Manager Adrian Jones.

Guests will be able to experience an entirely new interactive area within Imagination Zone, including mini communities that show the full effect of renewable energy. The LEGO Globe will also include tactile elements, with visitors able to affect the rate of rotation with solar panels located around the new model.

LEGOLAND Florida and Tampa Electric previously kicked off the partnership on Earth Day 2014 (April 22) by running the park completely on renewable energy for the entire day- the first theme park to do so in the U.S. The partnership also included the installation of a 30-kilowatt solar panel array mounted atop the Imagination Zone attraction venue. Funded by Tampa Electric, the system supports Tampa Electric’s Renewable Energy program that lets the company’s customers purchase a portion of their electricity from renewable sources. Imagination Zone, where the LEGO Globe is located, is being solely powered by this program.

The new areas add to the multiple educational aspects already within LEGOLAND Florida. The park gives children a chance to learn and play with STEM-based activities such as LEGO MINDSTORMS robots, Build & Test and Power Towers. The additions are included with park admission.

Fun facts about the new LEGO Globe instillation include: