SeaWorld Orlando’s Bands, Brew & BBQ Festival is taking place four sizzling weekends in March with new headline acts announced each week. For the fourth and final weekend of the event, the headliners are one of the top comedians in the country, Bill Engvall, and country music superstar Alan Jackson. 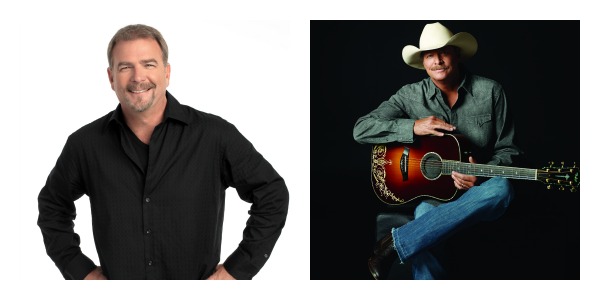 The event honors America’s Heroes and features live concerts from top classic rock and country bands and artists, tasty barbecue and thirst-quenching beer, and is included with regular park admission. Event festivities begin at 11:30 a.m. each weekend, with concerts at 4 p.m. this weekend, and 5 p.m. next weekend.*

Bill Engvall is a Grammy–nominated, multi-platinum–selling recording artist and one of the top comedians in the country. Most recently, Bill was a contestant on season 17 of ABC’s Dancing with the Stars, and as a fan favorite, he made it to the finals. Earlier this year, Bill lent his voice to the animated comedy series Bounty Hunters, which aired on CMT. He previously starred in, and executive produced, the TBS sitcom The Bill Engvall Show. Bill was part of the enormously successful Blue Collar Comedy concert films, which sold over nine million units and received a Grammy nomination. He also starred on the WB’s hit sketch comedy show Blue Collar TV and in several solo specials for Comedy Central. In 2012 he reunited with Jeff Foxworthy and Larry the Cable Guy on the Them Idiots Whirled Tour, which aired as a special on CMT.

In his 25-year career, Jackson has been steadfast in his love for traditional music while enjoying major chart success.  Since signing his record deal in June 1989, he has sold nearly 60 million albums worldwide and ranks as one of the 10 best-selling vocalists of all-time in all genres. He has released more than 60 singles—registering 50 Top Ten hits and 35 #1s (including 26 Billboard #1s).  He has earned more than 150 music industry awards—including 18 Academy of Country Music Awards, 16 Country Music Association Awards, a pair of Grammys and ASCAP’s Founders and Golden Note Awards. Jackson received the first-ever ASCAP Heritage Award in 2014 having earned the title of most performed country music songwriter-artist of ASCAP’s first 100 years.  He is a member of the Nashville Songwriters Hall of Fame and the Grand Ole Opry. Alan Jackson is one of the most successful and respected singer-songwriters in music.  He is in the elite company of Paul McCartney and John Lennon among songwriters who’ve written more than 20 songs that they’ve recorded and taken to the top of the charts.

SeaWorld Entertainment, Inc. (NYSE: SEAS) is a leading theme park and entertainment company delivering personal, interactive and educational experiences that blend imagination with nature and enable its customers to celebrate, connect with and care for the natural world we share. The Company owns or licenses a portfolio of globally recognized brands including SeaWorld®, Shamu® and Busch Gardens®. Over its more than 50-year history, the Company has built a diversified portfolio of 11 destination and regional theme parks that are grouped in key markets across the United States, many of which showcase its one-of-a-kind zoological collection of approximately 89,000 marine and terrestrial animals. The Company’s theme parks feature a diverse array of rides, shows and other attractions with broad demographic appeal which deliver memorable experiences and a strong value proposition for its guests. SeaWorld Entertainment, Inc. is one of the world’s foremost zoological organizations and a global leader in animal welfare, training, husbandry and veterinary care. The Company collectively cares for what it believes is one of the largest zoological collections in the world and has helped lead advances in the care of animals. The Company also rescues and rehabilitates marine and terrestrial animals that are ill, injured, orphaned or abandoned, with the goal of returning them to the wild. The SeaWorld rescue team has helped more than 25,000 animals in need over the last 50 years.