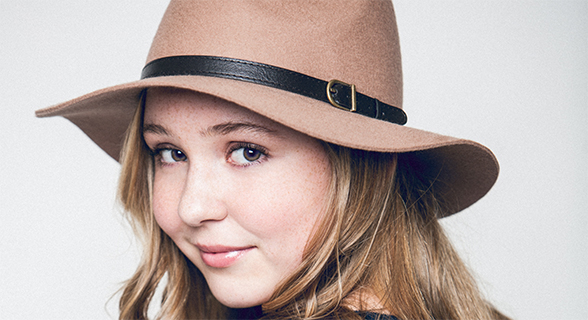 Cozi Zuehlsdorff, star of the Dolphin Tale movies who played Hazel Haskett, will be appearing in her first major musical concert at the Capitol Theatre in Clearwater on Saturday, April 4 at 3.30pm (doors open at 2:30 pm). Proceeds from the concert will benefit Clearwater Marine Aquarium’s resident and rehabilitating animals.

Cozi Zuehlsdorff is the teenage star of the Dolphin Tale movies as well as recurring guest star on Disney’s Mighty Med and Liv & Maddie.   Cozi is also an accomplished musician, having studied piano for the past eight years and performing in musical theater productions around Southern California.  Cozi comes from a musical family and at the age of 16, is getting the chance to spread her musical wings with the release of her first project.

Cozi’s first serious attempt at songwriting came in November of 2013 during the filming of Dolphin Tale 2. She started out with three songs, recorded them with a home studio software program, and soon got the attention of Alcon Entertainment/ASG. Cozi then met Eric Berdon, a writer/ producer who worked closely with Cozi on finishing and producing Brave Souls, the ending song in Dolphin Tale 2 featured during the credits.

Inspired by the success of Brave Souls, Zuehlsdorff continued her passion for songwriting and released her debut album, Originals, in November 2014.  The album features seven songs, produced by Berdon and mixed by Grammy Award winner Craig Bauer at Hinge Studios in Los Angeles. This captivating CD blends Indie and Pop music with an organic feel.

Tickets can be purchased at: http://www.rutheckerdhall.com/event/cozi-zuehlsdorff/16849/?loc=mini-cal

Capitol Theatre is located at 405 Cleveland Street in downtown Clearwater.   Winter’s Dolphin Tale Adventure is across the street.