On January 16th, the SeaWorld Orlando Aviculture Team welcomed the first tawny frogmouth chick of the year.  Hatched on January 10, this small chick currently weighs under an ounce (21 grams), the equivalent of eight pennies, and will grow to weigh as much as 21 ounces (400-600 grams), or the weight of a basketball. 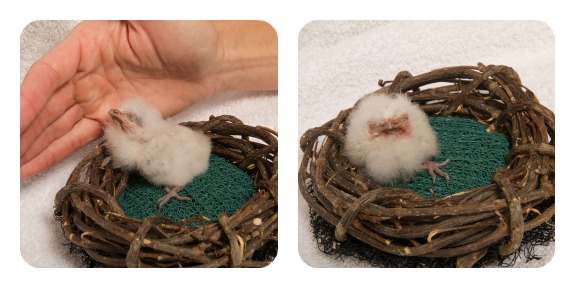 The chick is being hand-raised by the SeaWorld Aviculture Team, and it’s a 24-hour job! It goes home nightly with an aviculturist who provides scheduled feedings every 3-4 hours and monitors the chick closely throughout the night.

SeaWorld Orlando is a leader in care for tawny frogmouths and has one of the most successful breeding programs. Since the program started in 1993, 99 frogmouth chicks have hatched at the park.  SeaWorld Orlando has partnered with several members of the Association of Zoos and Aquariums dedicated to help the future success of the species.