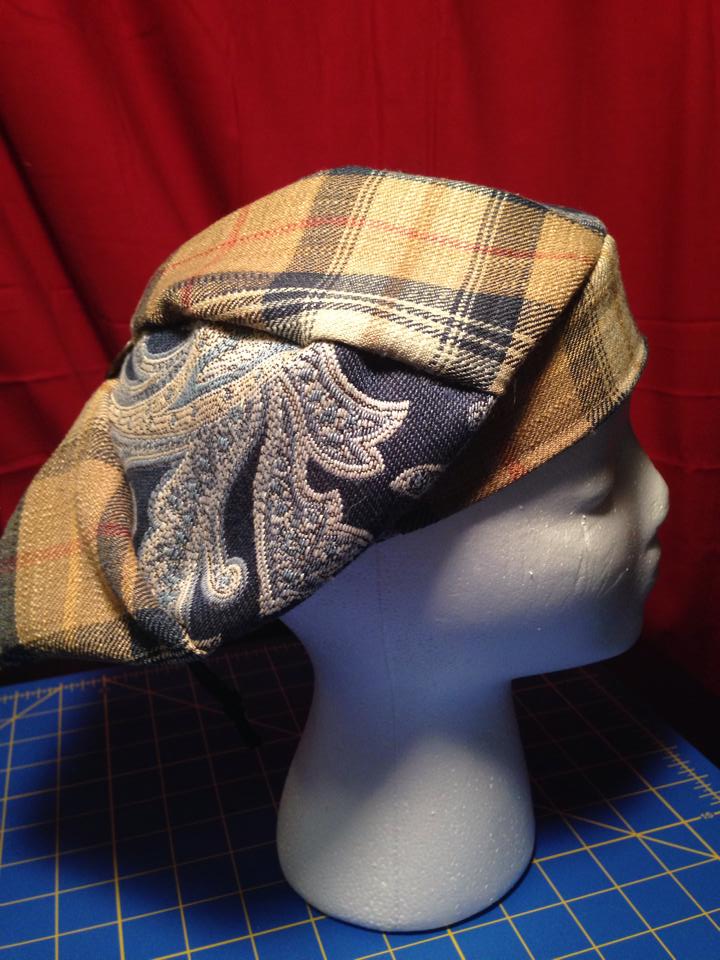 I am MORE than excited to introduce Hopeful Hattery to all my readers! Check out these funky hats that are so much more than just a hat! Below is a guest post from the Hopeful Hattery creator. Please help spread the word and leave some comments letting me know which design is your favorite. ~ Jessica

Hopeful Hattery: Make a Statement. Give a Smile. Be Hopeful.

A few months ago, my husband asked me if I could sew him a hat. He asked again a few weeks later.  And then he went on a hunger strike. Seems a bit dramatic, but he really wanted the hat. He was looking for a hat that was basically a hybrid of a flat cap and a tam – he was looking for a floppy, flexible hat without a bill, but not a bucket hat. With that in mind, we set out to create the perfect hat. Something that could be lightweight and worn in Florida heat, but also stylish enough to pass for “fashion forward.” After a few attempts, we got it! Our first, or maybe eighth, hat was born. Of course, immediately after I saw the hat on my husband’s head, I had to make my own.  And then one for each of the kids, close friends, the neighbors, random strangers on the street. . . . no, I don’t have a problem.

I happened to post photos of the hat on Facebook (mostly because my husband is so damn cute in his new hat) and the response I received was fairly substantial (about the hat, not the husband). People really liked these hats! 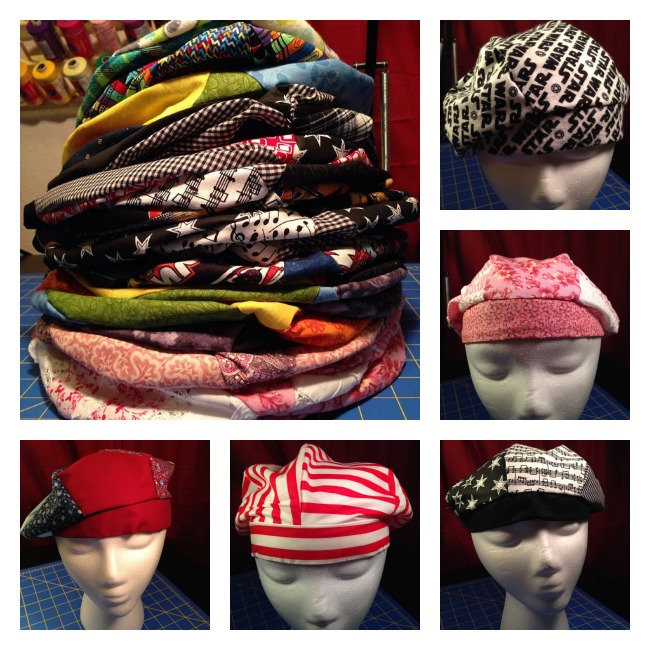 See, for the last few months, I’ve been at a crossroads in my life. I resigned my corporate job in February, after a fifteen-year tenure. Since then I’ve been drifting between ideas and projects. I started a blog. I made home décor craft items to sell. I became an eBay seller. I climbed Mount Everest.  All of this I enjoyed doing, but none of those ventures provide me the meaningful outlet I was seeking.  Or, you know, rent money.

Then it hit me. These hats! And lo, the word did not come down from the mountain because I was just kidding about Everest.  And the word was hope.  Hope for my family, hope for people facing dire illness, and hope for the future. Hopeful Hattery was born. 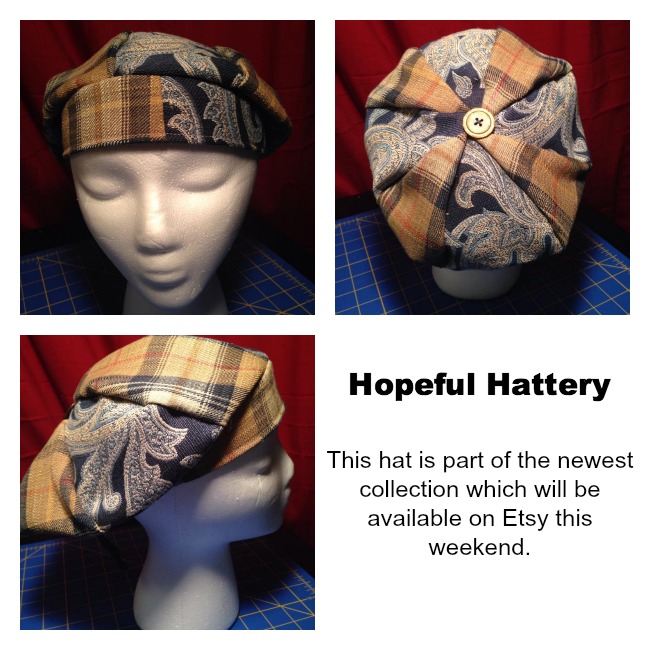 We are an Etsy store that sells funky, fun hats for everyone, anyone, and most importantly, you. But wait, there is a twist. I’m not satisfied by simply producing something without somehow helping someone. (I’m also a sucker for the alliterative dance.) So, I had a clever idea. The business model is simple and philanthropic in nature, as for every hat that is sold; another funky hat is donated to either the American Cancer Society or Nemours Children’s Hospital. We hope to add more beneficiaries as we grow. Also, we will donate a portion of the purchase price of “themed” hats to charitable organizations. For example, we have the “Pink Lady” hats, in which $1 from every sale is given to the National Breast Cancer Foundation.

This business has so much meaning to me. It’s not just a “feel good” small business that doubles as a creative outlet. No, for me this is extremely personal.

In 2011, my mother was diagnosed with stage IV breast cancer. After a double mastectomy and five rounds of chemotherapy, she is in remission and has been “cancer free” for a little over two years. It sounds so simple, doesn’t it? Seven words “double mastectomy and five rounds of chemo,” but what is packed into those few months is something I can only equate to as hell on earth.

Like most people, my mother lost her hair while undergoing treatment. It was a traumatic experience and I actually wrote about it while walking down that metaphoric road with my mom.

“October 11, 2011 – Last week, my mom lost her hair. It was a hard night. I knew the call was coming but we put it off as long as we could. She called and said she had lost a fairly large patch and it was time. I went over and helped remove all her hair by simply running my fingers through it. It came out by the handfuls.”

The loss of my mother’s hair was heart wrenching for her. My mother is one of the strongest women I know. Rosie the Riveter’s t-shirt has my mom’s face on it.  But, the loss of her breasts and then hair, all within four months, was a blow that could bring anyone down. Coupled with the worry of mortality, the chemo illness, handfuls of pills, the isolation of sickness; these things lead one to a very, very dark place.

My hope is these hats will be purchased and worn by everyone. From the mom who just wants to hide a bad hair day for a quick run to the store for milk, to the fashion forward guy who likes to make a statement when he’s out and about, to the professional chef or operating room nurse that is stuck in plain uniforms and wishes to express a bit of individuality – I hope they bring a smile.

Even more importantly, I hope the donated hats provided to adults and children that are experiencing their own “chemo hell weeks” (as we used to call them) get a little comfort from their very own funky hats.  These hats will help bring the light of hope to that dark place. In the darkest dark, a nightlight is the sun.

Make a statement. Give a smile. Be hopeful.