An orphaned manatee calf was rescued July 21, 2014 from the Indian River in Port St. John, Fla., near the FPL power plant, by the Florida Fish and Wildlife Conservation Commission (FWC). The estimated two-week-old female was spotted swimming alone by members of the FPL power plant, who contacted the FWC.

The calf, which weighs 48 pounds and measures 48 inches in length, was transported by the FWC to SeaWorld Orlando, where the SeaWorld Animal Rescue Team and veterinary staff performed a complete health exam, took blood samples and began providing an antibiotic treatment. The calf will receive around-the-clock care, including regular tube feedings, and her health will continue to be monitored.

The calf joined three other orphans, who are also receiving rehabilitative care at the park. Manatee calves normally nurse for one to two years. They depend on their mothers not only for nutrition, but also for learning about feeding and resting areas. SeaWorld Orlando uses a special formula created by the park’s animal care team specifically for manatee calves to ensure they are receiving proper nutrition.

So far in 2014, SeaWorld has rescued 8 and returned 7 manatees back to their natural environment. In collaboration with the government and other members of accredited stranding networks, SeaWorld Parks & Entertainment operates one of the world’s most respected programs to rescue ill and injured marine animals, with the goal to rehabilitate and return to the ocean. SeaWorld animal experts have helped more than 23,000 animals in need – ill, injured, orphaned and abandoned – for more than four decades. 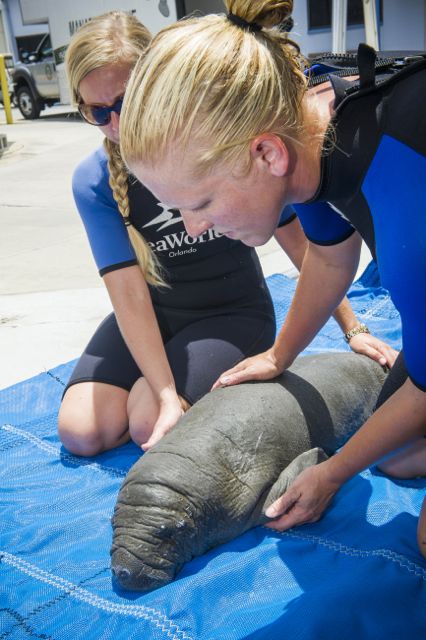 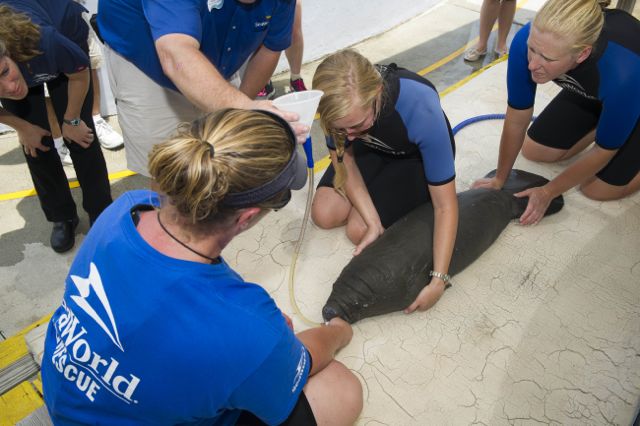 SeaWorld Orlando vets gives a 48-pound calf a full health exam upon arriving at the park. 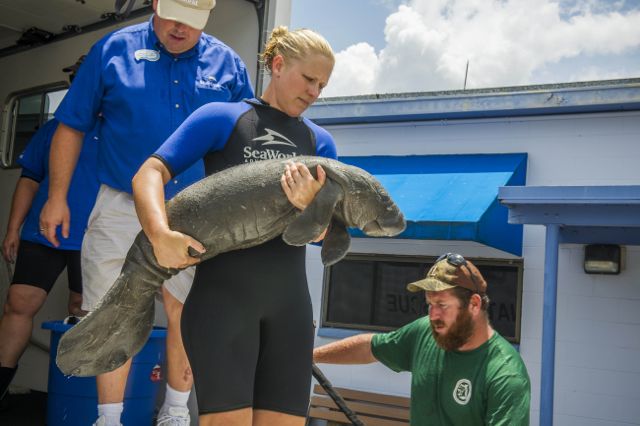