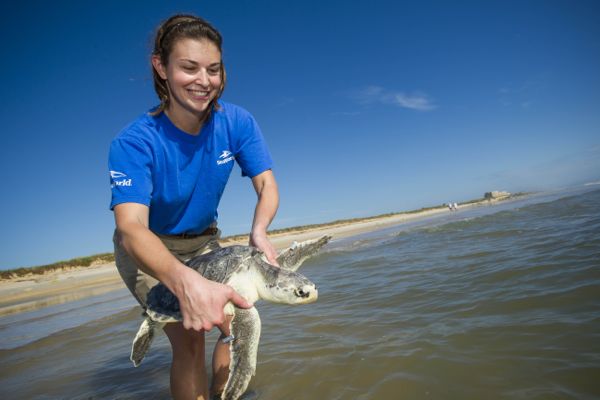 The Kemp’s Ridley sea turtle was rescued in March by a University of Central Florida turtle monitoring group and was taken to SeaWorld Orlando for care and rehabilitation. Upon arrival, the turtle was underweight and lethargic. During its rehabilitation, the SeaWorld Animal Rescue Team treated the sea turtle with antibiotics and fluids. Since arriving at SeaWorld, this sea turtle has gained weight and was medically cleared to be returned today.

In collaboration with the government and other members of accredited stranding networks, SeaWorld Parks & Entertainment operates one of the world’s most respected programs to rescue ill and injured marine animals, with the goal to rehabilitate and return to the waters. SeaWorld animal experts have helped more than 23,000 animals in need – ill, injured, orphaned and abandoned – for more than four decades.