Alan Jackson opens the SeaWorld festival with a 5 p.m. performance on Saturday, February 1. Kid Rock plays on Sunday, February 2, at 4 p.m. Both concerts are at the park’s Bayside Stadium. Visit SeaWorldOrlando.com for more details. 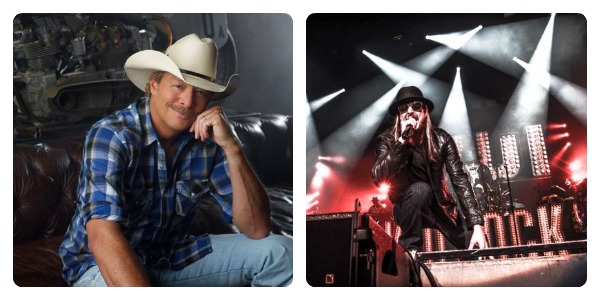 Alan Jackson is one of the most successful and respected singer-songwriters in music.  He is in the elite company of Paul McCartney and John Lennon among songwriters who’ve written more than 20 songs that they’ve recorded and taken to the top of the charts. Jackson is one of the 10 best-selling artists since the inception of SoundScan, ranking alongside the likes of Eminem and Metallica.  His current album, The Bluegrass Album, was released Sept. 24 and debuted #1 on Billboard’s Bluegrass Albums Sales Chart and has remained in the #1 position ever since.

Country superstar Jackson has sold nearly 60 million albums worldwide, topped the country singles charts 35 times, and scored more than 50 Top-10 hits. He has written or co-written 24 of his 35 #1 hit singles.  Jackson is an 18-time ACM Award winner, a 16-time CMA Award recipient, and a two-time Grammy-winning artist whose songwriting has earned him the prestigious ASCAP Founders Award and an induction into the Nashville Songwriters Hall of Fame as a 2011 Songwriter/Artist inductee.

Kid Rock is an American Rock ‘N Roll Icon whose albums have sold over 26 million copies around the world.  His most recent “$20 Best Night Ever” tour this past summer sold over 500,000 tickets and was the biggest of his storied career.  Kid Rock is also a passionate supporter of those who serve in the US Armed Forces, and a vocal advocate for his hometown of Detroit.  A portion of the proceeds from this show will be donated to his Kid Rock Foundation, a 501(c)3 which raises funds and awareness for local and regional charities helping disadvantaged children, victims of war and natural disasters, and those suffering from illness.  More information on Kid Rock can be found at his website, www.kidrock.com.