The Animal Rescue Team successfully returned Vesuvia, a 5 year-old sub adult female manatee, to the waters of Front Street Park in Melbourne.  She was rescued by the Florida Fish and Wildlife Conservation Commission (FWC) in April after sustaining watercraft injuries in the Indian River in Melbourne. She was transported to SeaWorld Orlando after her rescue where she received radiographs, antibiotics and regular flushing of deep abscesses on her body. During rehabilitation, Vesuvia gained 110 pounds, and weighed 855 pounds when she was returned.

Dorothy-Gail, a female independent manatee calf approximately 3 years old, was returned to the waters at Parrish Park in Titusville, Fla.  Dorothy-Gail was rescued from New Smyrna Beach’s Mosquito Lagoon this past May by the FWC and SeaWorld Orlando’s Animal Rescue Team. Dorothy-Gail suffered from watercraft injuries and was transported to SeaWorld Orlando where she received antibiotics, fluids, radiographs and other supportive care. She gained 15 pounds during rehabilitation, and weighed 645 pounds at the time of her return. 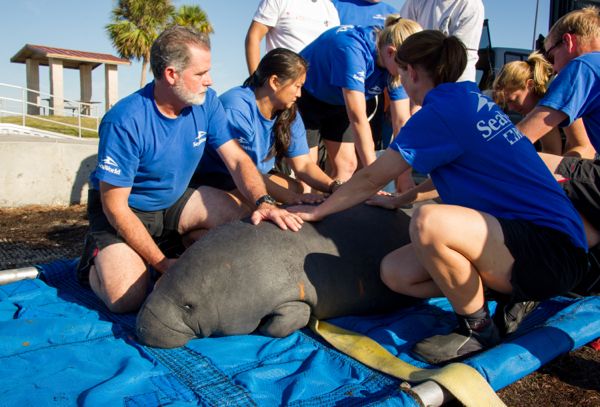 In collaboration with the government and other members of accredited stranding networks, SeaWorld Parks & Entertainment operates one of the world’s most respected programs to rescue ill and injured marine animals, with the goal to rehabilitate and return to the waters. SeaWorld animal experts have helped more than 22,000 animals in need – ill, injured, orphaned and abandoned – for more than four decades. So far this year, SeaWorld Orlando has rescued 17 manatees and returned 10, including this return. 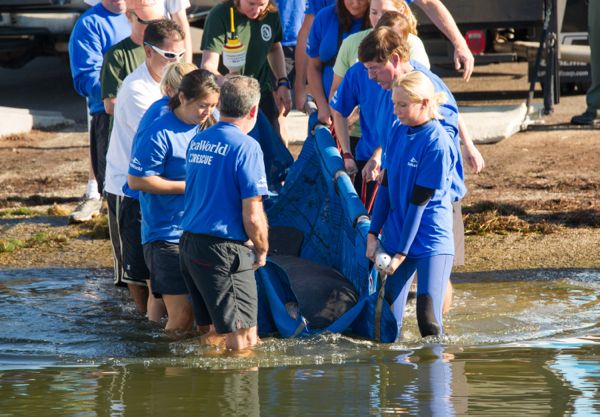