August 15, 2013 (Orlando, Fla.) – A 360-pound green sea turtle was returned to the waters off Lori Wilson Park in Cocoa Beach, Fla. this morning. The SeaWorld Orlando Rescue Team also assisted in returning four of her eggs, which were a surprise addition.

Just minutes before the turtle was moved to the SeaWorld Rescue vehicle, she began releasing eggs. The team was able to act quickly and gathered the eggs, which were transported in wet sand to the return site. 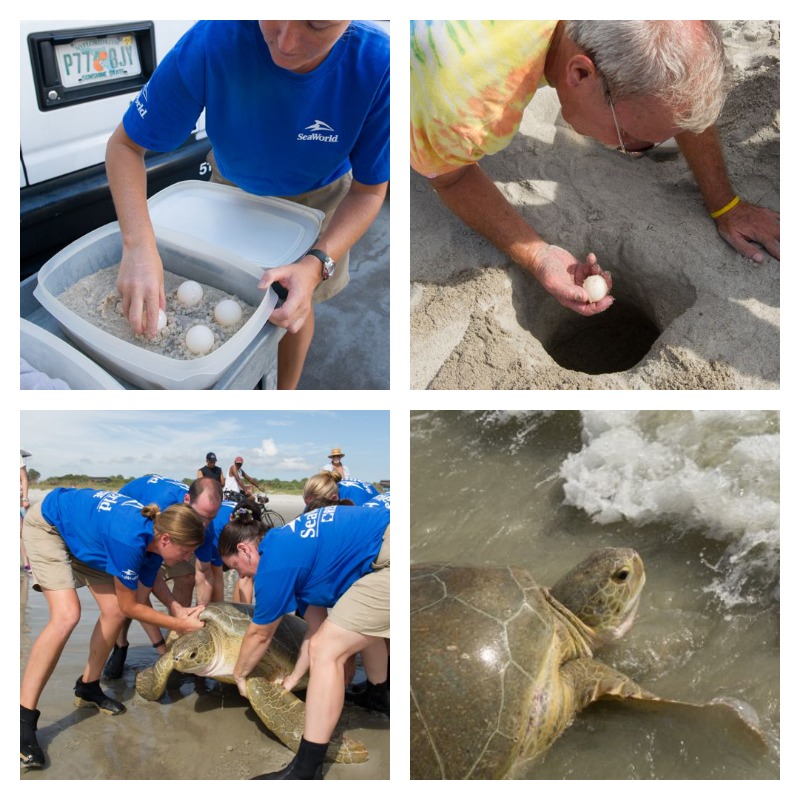 Upon arrival at Lori Wilson Park, the eggs were buried in a marked nest site by Don George, environmental consultant with Geomar who holds a permit from the Florida Fish and Wildlife Conservation Commission to handle sea turtle eggs. George inspected each egg before placing it in the marked nest site, located only yards away from where the adult turtle was returned.

The green sea turtle was initially brought to SeaWorld Orlando on Monday by the University of Central Florida Marine Turtle Research Group. The UCF group spotted the turtle, which was lethargic and struggling after a nesting event at Cocoa Beach, Fla. The group was concerned the turtle was suffering from paralysis of its back flippers, so they felt medical attention was necessary.

When the sea turtle arrived at the park, blood samples and radiographs were done to determine an underlying cause to the turtle’s distress. Test results came back normal and the large sea turtle began regaining strength. She was medically cleared prior to today’s return.

So far this year, SeaWorld Orlando has rescued 51 and returned 43 sea turtles.