An endangered Grevy’s zebra was born on Busch Gardens® Tampa’s 65-acre Serengeti Plain® on Monday, Aug. 5. Within an hour after its birth the baby was able to stand on its own and nurse from its mother Brooke.

Brooke is a 13-year old Grevy’s zebra and is welcoming her fifth foal. The new foal is the first offspring to father Two Step. The gestation period for Grevy’s zebras is 13 months and the mothers typically give birth to only one foal at a time.  In addition to the new foal, seven female and one male Grevy’s zebras live on Busch Gardens’ Serengeti Plain®. 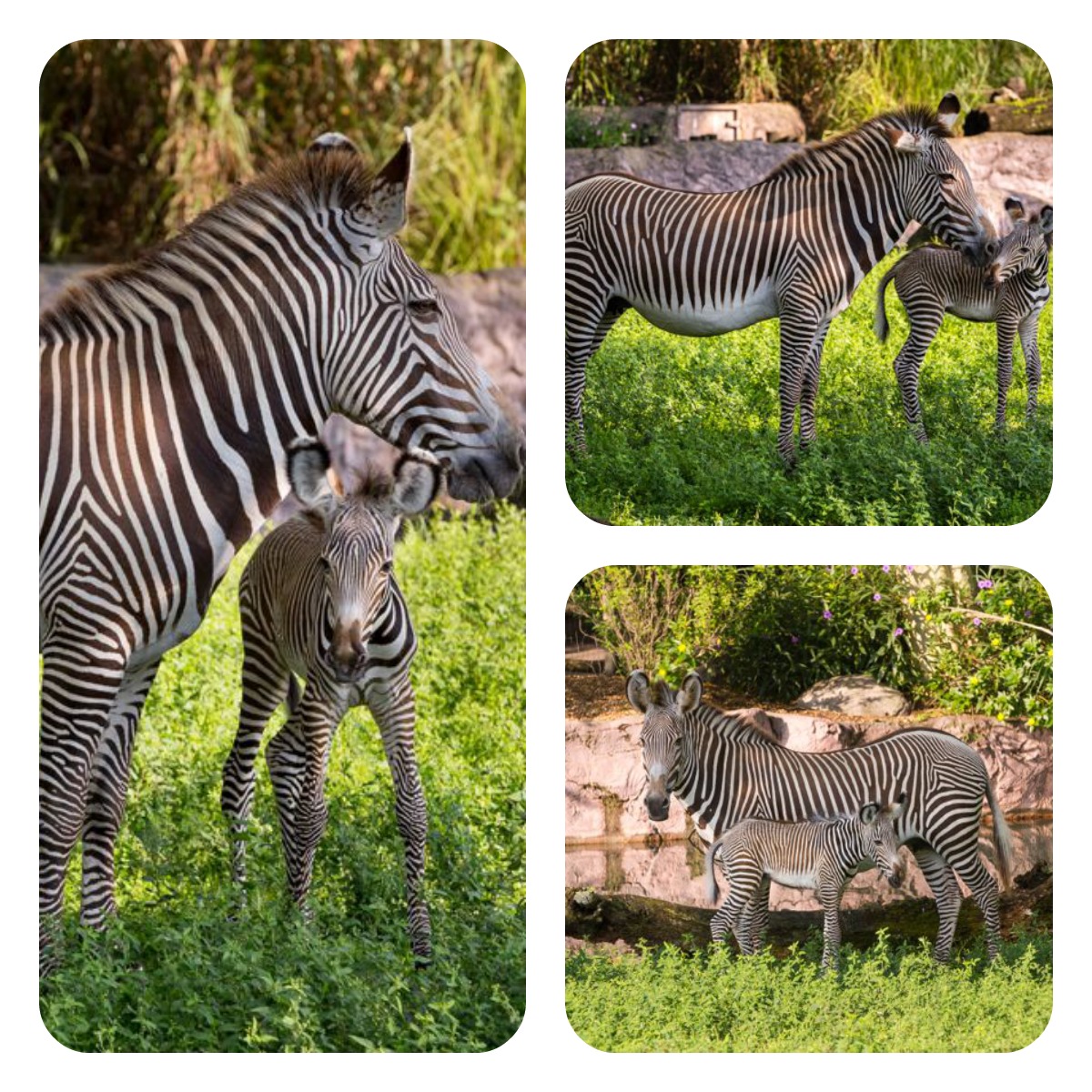 Busch Gardens’ guests can view the baby, parents and the rest of the zebra herd from the Edge of Africa, the Skyride or Serengeti Express train ride. For an even closer look, the Serengeti Safari offers guests an open-bed truck tour of the Serengeti Plain®, with opportunities to get up-close to antelope, rhinos, zebras and even hand-feed giraffes.

The population of Grevy’s zebra has declined by more than 50 percent in the last 18 years, and they are the only species of zebra that are listed as endangered by IUCN Red list, which is widely recognized as the most comprehensive, objective global approach for evaluating the conservation status of plant and animal species.

Since 2007, the SeaWorld & Busch Gardens Conservation Fund has supported research and conservation of the Grevy’s zebra through a funding partnership with the Grevy’s Zebra Trust in Kenya. The Grevy’s Zebra Trust was established to address the urgent need to conserve Grevy’s zebra in the community rangelands of northern Kenya and southern Ethiopia by protecting and monitoring the zebra populations against poaching. Through this partnership, the Fund and the Trust are raising local awareness and developing a long-term community-led conservation program for Grevy’s zebra.

Busch Gardens is owned by SeaWorld Parks & Entertainment™, one of the world’s foremost zoological organizations and a worldwide leader in animal welfare, training, husbandry and veterinary care. The company collectively cares for one of the largest animal collections on the North American continent and has helped lead advances in the care of species in zoological facilities and in the conservation of wild populations.