July 18, 2013 (Orlando, Fla.) – Four female manatees were returned to the waters of Eddy Creek in Brevard County, on Florida’s east coast, this morning after receiving treatment and care at SeaWorld Orlando for the past several months. 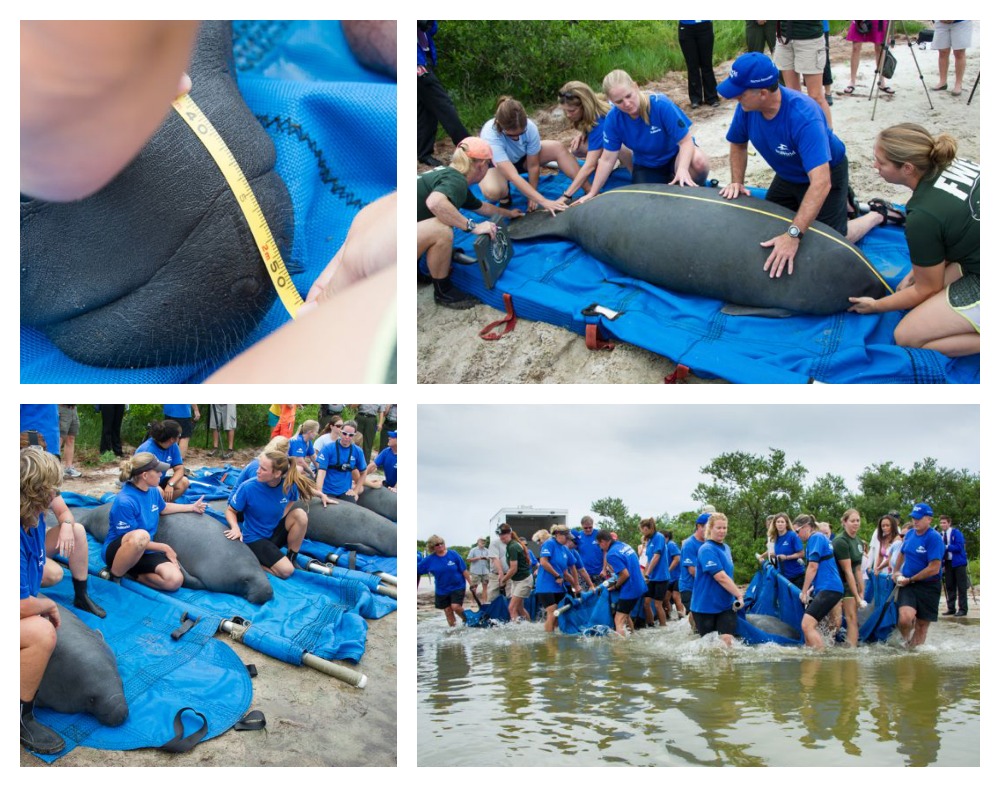 Of the four animals returned, three were rescued last December after becoming entrapped in a mosquito impoundment in the Merritt Island National Wildlife Refuge. Pipsqueak and Nitty were rescued by the Florida Fish and Wildlife Conservation Commission (FWC) and Braille was rescued by SeaWorld Orlando’s Animal Rescue Team. All three animals were transported to SeaWorld Orlando after their rescues, where they received medical care for mild cold stress.

The fourth manatee released today, Asaka, was brought to SeaWorld Orlando in March after being rescued by FWC from the Indian River in Merritt Island, Fla. Asaka was suffering from buoyancy issues and had been floating very high in the water. Her health was evaluated by SeaWorld’s animal experts upon arrival at the park, and the team found no injuries. Asaka was able to work out her buoyancy issues during her time at SeaWorld.

After all four manatees had been medically cleared for today’s return, the park’s Animal Rescue Team and FWC transported the manatees to Eddy Creek. With help from the Canaveral National Seashore and FWC team members, all four animals were successfully returned.

In collaboration with the government and other members of accredited stranding networks, SeaWorld Parks & Entertainment operates one of the world’s most respected programs to rescue ill and injured marine animals, with the goal to rehabilitate and return to the waters. SeaWorld animal experts have helped more than 22,000 animals in need – ill, injured, orphaned and abandoned – for more than four decades. So far this year, SeaWorld Orlando has rescued 13 manatees and returned seven after today’s return.