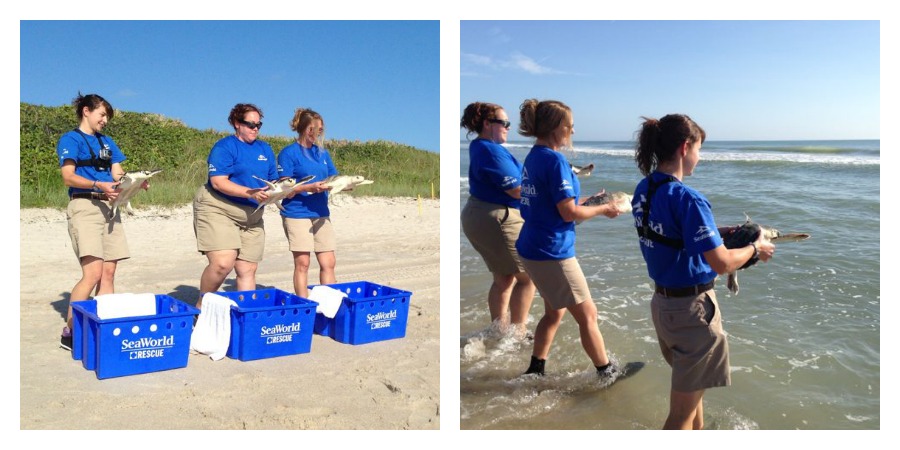 The sea turtles were part of 36 brought to SeaWorld Orlando on December 23, 2012, by the U.S. Coast Guard, after being rescued from cold stress just off the coast of Cape Cod, Mass. Due to the effects of cold stress, two of the turtles developed pneumonia and the third had small wounds to its carapace. As of today, 34 of the 36 sea turtles have been returned.

After being medically cleared for today’s return, the park’s Animal Rescue Team transported the turtles to Playalinda Beach at Florida’s Canaveral National Seashore.

So far this year, SeaWorld Orlando has rescued 45 sea turtles and returned 35.