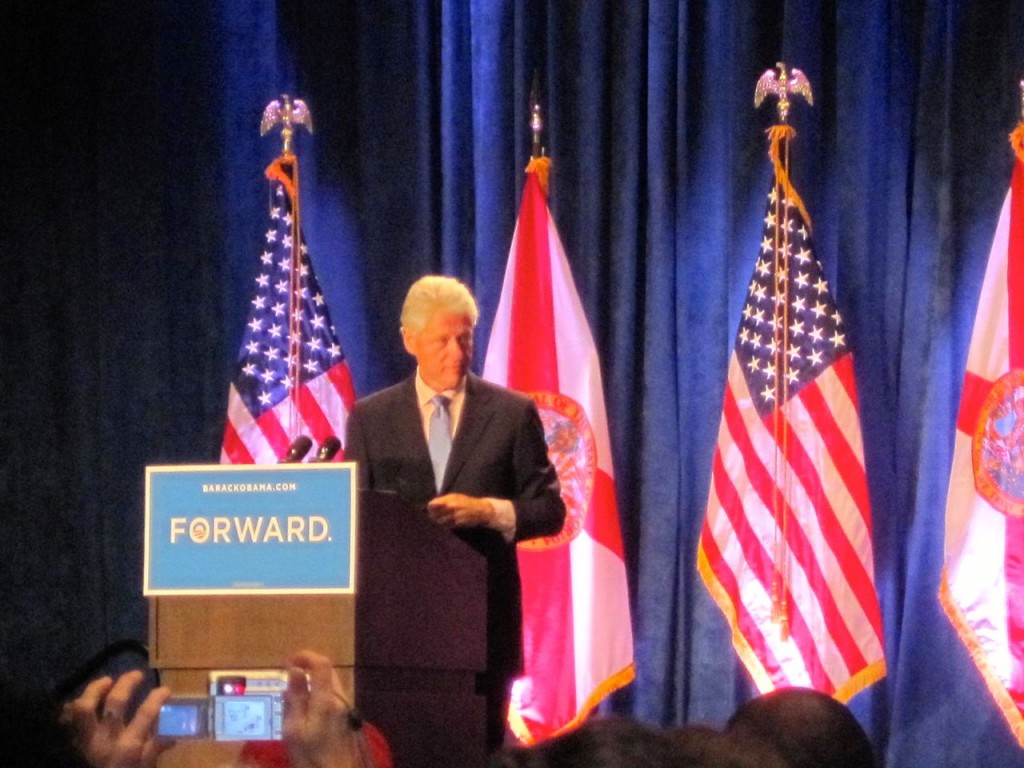 NOTE: This is NOT a political post, but I encourage EVERYONE to exercise their right to vote! If you are not registered and live in the state of Florida, you can do so here.

I stood in line 3 hours Monday for a complimentary ticket to hear the former President of the United States, Bill Clinton speak. The next morning, I saw a facebook news update that more tickets were available. I drove to Obama Headquarters, found a front row spot and was given two more tickets! My entire family would have the opportunity to hear our former President speak. Opportunity of a lifetime!

We arrived early and there were people everywhere! Since we had the little guy, we were offerred seats near the stage. SCORE! He had a comfortable place to sit and play ipad. He was really excited about seeing channel 13 news, he recognizes them from Weather on the 1’s. As a new speaker would take the stage, he’d ask “is that the President”. Of course when Bill was being announced, my kid announced he had to use the bathroom, so off we went. The volunteers were wonderful, they made sure we made it to the restrooms and back to our seats without any problems.

It was an amazing experience. Here are a few photos I was able to capture. 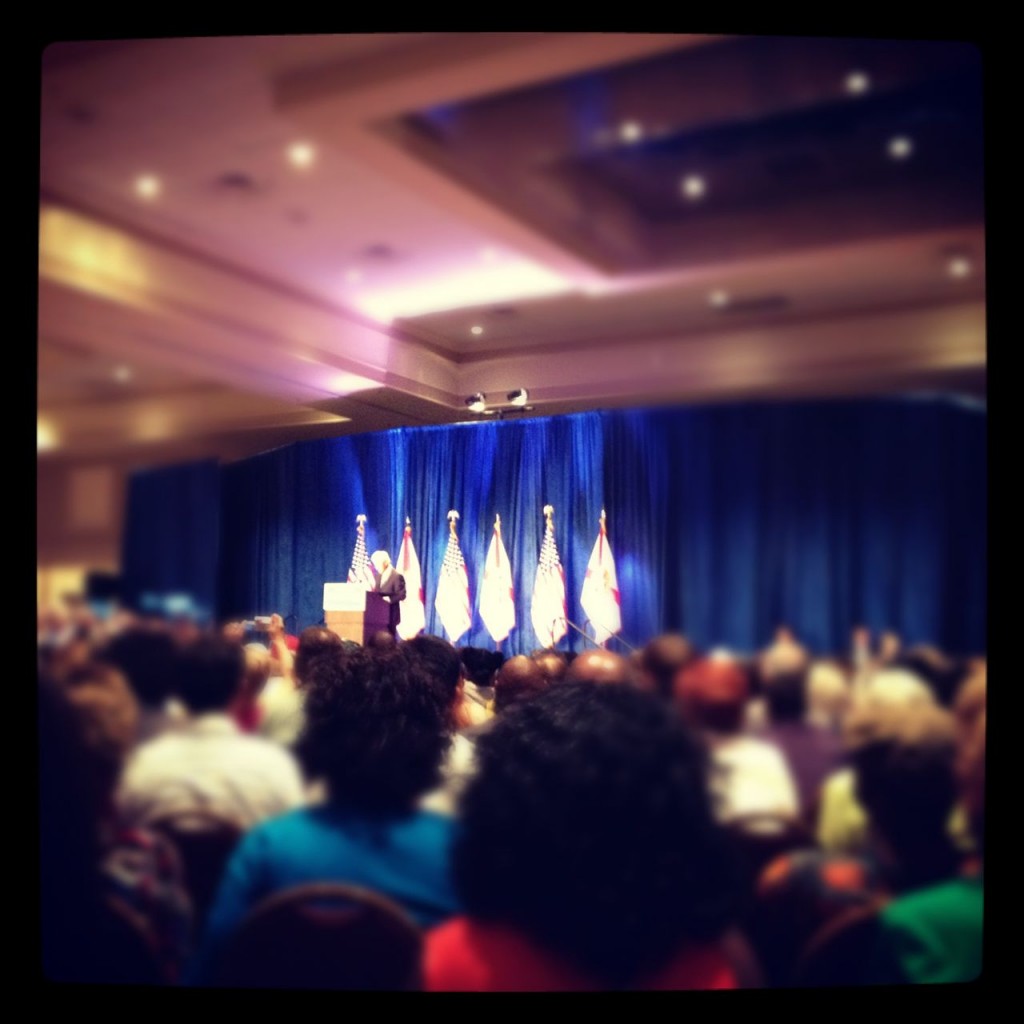 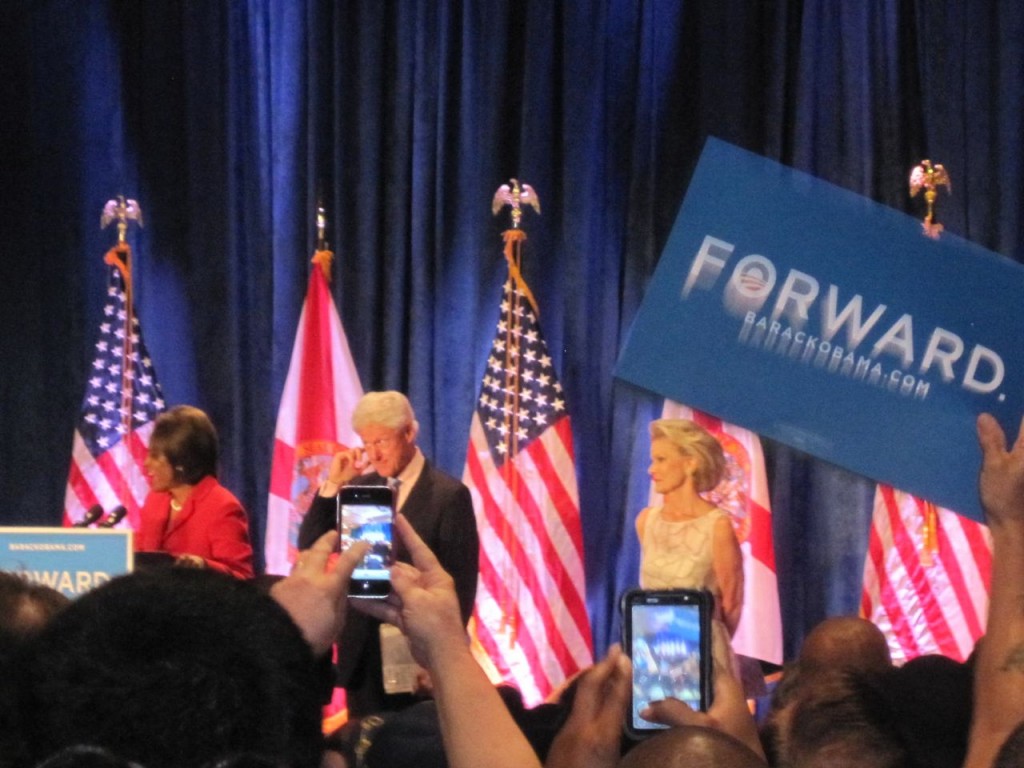 My pal Jackie (aka MomJovi) and her family also made it, you can check out her post and photos here.