ORLANDO, Fla. (Aug. 2, 2012) – This afternoon at SeaWorld Orlando’s Shamu Stadium, Army Specialist Eric Espinosa saw his four-year-old daughter for the first time in a year. Specialist Espinosa of Cocoa Beach, Fla. has been serving in Afghanistan.

After serving in Afghanistan as an Army combat engineer who was responsible for finding, defusing or activating improvised explosive devices, Specialist Espinosa was quite anxious to surprise his daughter, who had no idea he returned yesterday.

As usual, the show kicked off with a tribute all active and retired servicemen and women in the audience. Alexis was amazed to see her face appear on the giant ShamuVision screens as the announcer said there was a special surprise for a young girl in the audience today. She was even more surprised to see her father appear behind her on the screen.

Alexis looked around to find her father and instantly ran to greet and hug him. Not a dry eye was left the stadium. 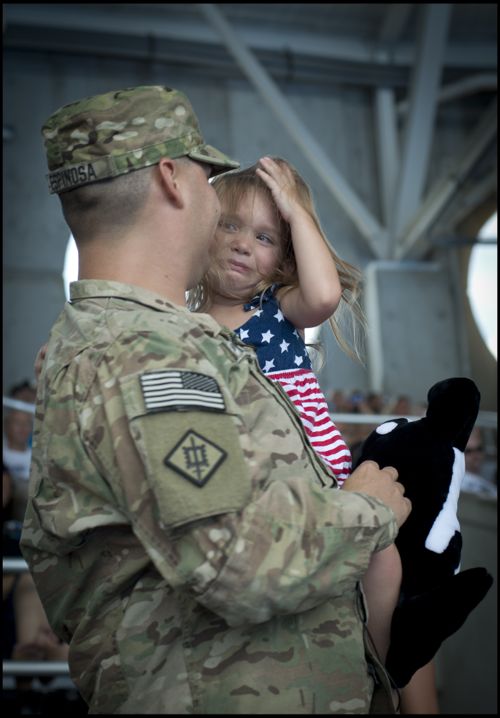 SeaWorld is a proud partner of the Here’s to the Heroes program and are proud to salute the men and women of our armed forces and their families.