Celebrate the Fourth of July at SeaWorld Orlando. In addition to Summer Nights special nighttime shows, an extended set of Reflections fireworks will blast off starting with a special pre-show at 9:30 p.m. at Bayside Stadium.  An extraordinary performance by the Navy Band Southeast’s Wind Ensemble, a 40-piece band performing a variety of popular music ranging from traditional marches and patriotic fare to classical favorites and Broadway hits, kicks off the festivities. The celebration ends with the awe-inspiring Reflections fireworks and fountains show at 10:30 p.m. that include an extended set including an honorary tribute to the United States.

Guests can enjoy SeaWorld even later on July 4th as the park is open until 11 p.m.  Families can experience the all-new TurtleTrek, the world’s first 3D 360 dome theater experience, ride Manta under the stars (and fireworks!) and enjoy our amazing Summer Nights shows: 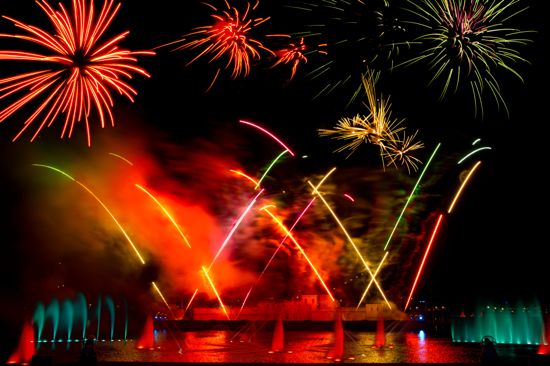