Dinosaur Train is such an adorable cartoon on PBS! My sons loves the characters (Buddy is his favorite) and I appreciate that he learns while watching.

We received a Tomy Dinosaur Arctic Adventure Motorized Train Set to review. Words cannot describe how excited my son was when he saw the box. I knew he would spend hours creating imagination-inspired adventure! 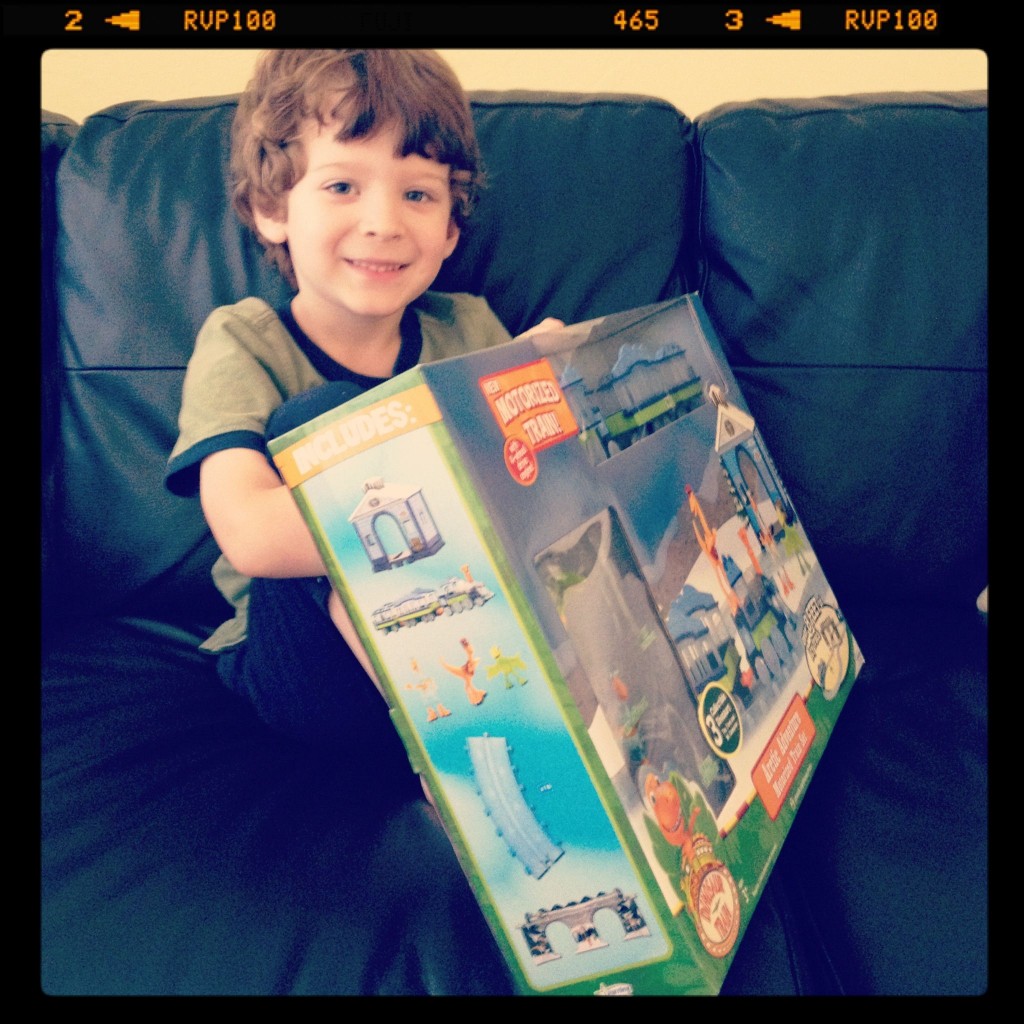 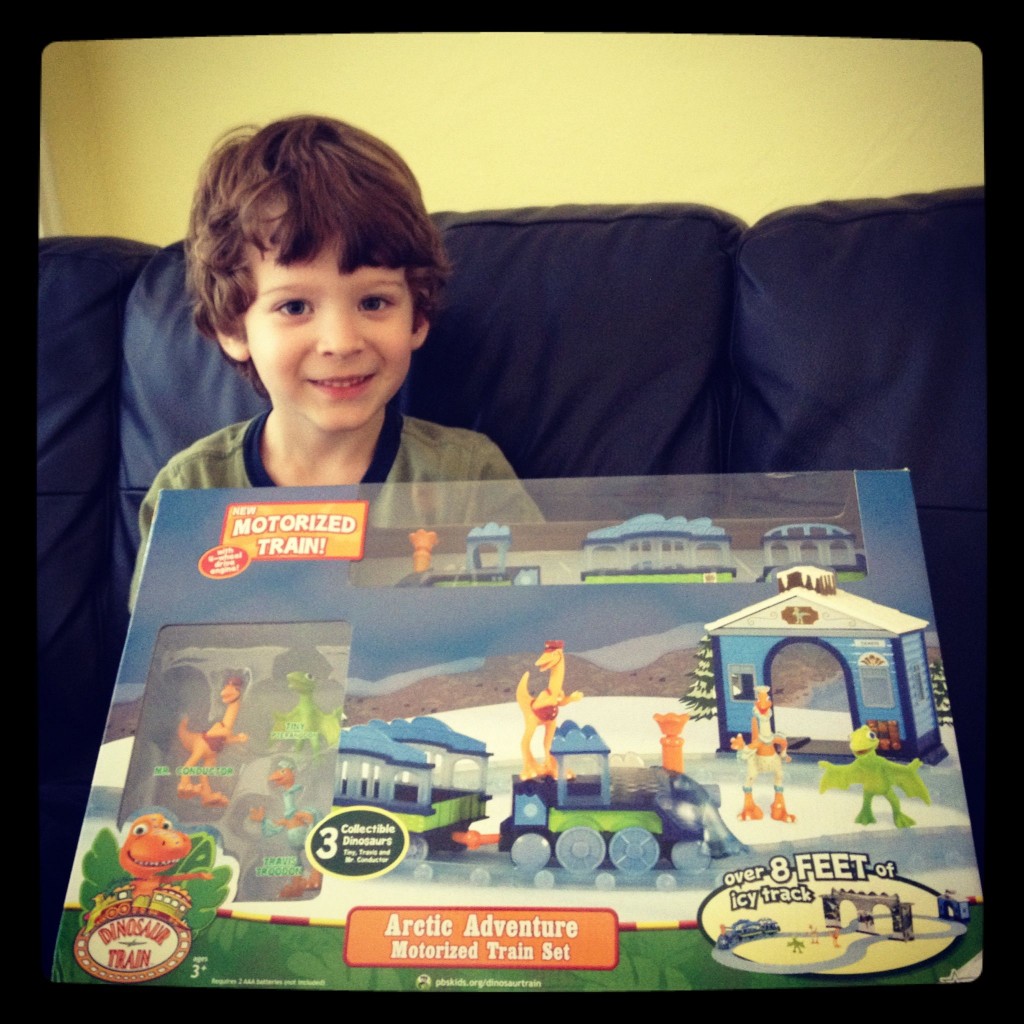 There was no wasting time, the kid tore into the box and was ready to start playing. My almost 4 year old knew immediately how to snap the tracks together. There is a specific pattern that must be followed for all the pieces to fully connect, which is outlined in the directions. Since this is the Arctic Adventure set, the train tracks are an icy blue color.

The engine requires 2 AAA batteries (we use rechargeable) and it easily turns on and off by pushing the orange smokestack. The set came with three collectible dinosaurs (Mr. Conductor, Tiny Pteranodon and Travis Troodon). The plastic figures have a small hole on their feet and click onto a peg located on the train cars. The pegs are tough though, the dinosaurs do not click in easily (instead, my son just places them inside so they can take a ride).

The train is so much fun. My advice is to make sure it is sitting properly on the tracks for it to run smoothly. My kid also loves letting the train take adventures through our house without the tracks.

The one recommendation I have is for the tunnels to be made of plastic instead of cardboard. I had a tough time assembling and they kept falling over which honestly could cause a huge meltdown in some children and/or parents. The snow covered Pteranodon station is made of durable plastic and snaps onto the track, I wish the tunnels were constructed the same way.

Overall, I think it is an adorable train set that Dinosaur Train fans will love. There are a variety of Dinosaur Train motorized sets, and all the tracks connect to create one enormous prehistoric adventure. Also, you can purchase additional Dinosaur Train collectible figures so they can join the fun!

***WIN IT! I am excited to giveaway a Tomy Dinosaur Train Arctic Adventure Motorized Train Set to one lucky reader!

RULES: The contest is for US residents only, must be 18 to enter. Contest ends on 4/30. Winner will be emailed and has 48 hours to respond. If no response is received, an alternate will be selected.

Based on the hit Emmy®-nominated PBS KIDS series Dinosaur Train, TOMY has developed an extensive line of original Dinosaur Train toys under the Company’s licensing agreement with The Jim Henson Company. All aboard for Arctic adventures! This motorized train set teaches kids that dinosaurs had just as much fun playing out in the snow as they do frolicking in the forest. This set comes with three collectible figures, two Arctic cardboard destination tunnels, an all-new snow covered Pteranodon Station, and over eight feet of track! Ages: 3 and up. MSRP: $24.99–$29.99

* Disclosure: I received a complimentary train set to review. All thoughts and opinions are mine.