Yesterday (which also happened to be the Fourth of July), the show Eat Street on the Cooking Channel interviewed me about The Yum Yum Cupcake Truck. They are currently taping a segment about Orlando Food Trucks and since I am a local blogger and Yum Yum addict, I had the opportunity to be part of the production and talk about my favorite cupcakes!

In addition to my interview, they also taped us walking up to the truck to place our order. Then, my son ate his favorite “blue” cupcake while the camera was in his face. First he attacked the chocolate sprinkles on top, then dove right into the icing. He was such a natural! He kept saying “num num” as he enjoyed his treat. He also looked adorable sitting beside of Joey (wearing matching hats) and talking about his cupcake…well, he was stuffing his chocolate cupcake in his face and not really saying too much.

Check out The Chalkboard Tee we customized for the event! He received so many compliments! 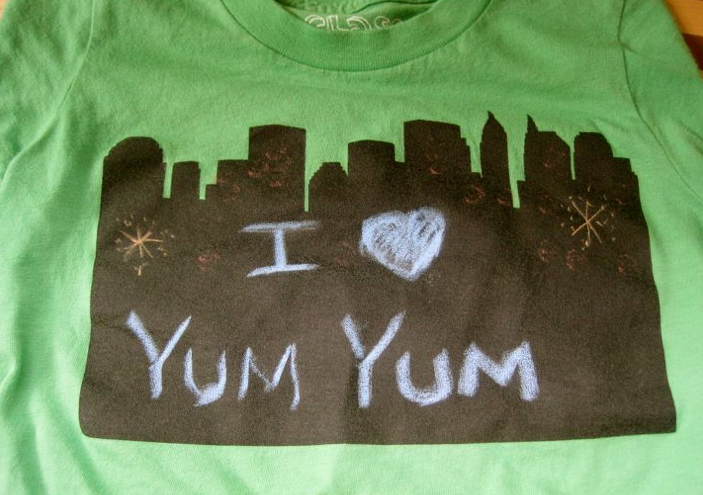 We will see in 2-3 months how the editing turned out! I’ll keep you posted about when the show will air!

If you haven’t already read the interview I conducted with Joey from The Yum Yum Cupcake Truck, click here. Their story is fascinating.