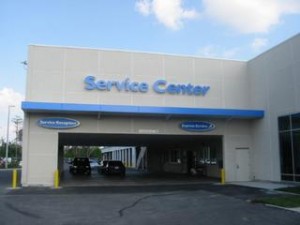 Yesterday, I took my car for an oil change. While waiting, my son begged to play in the child designated area. I personally am not a fan of these play areas since I know the toys are probably NEVER cleaned or disinfected. But, he is a kid so of course he wants to play.

I noticed there was a little girl that appeared older than him sitting on a bean bag minding her own business. My son entered the area and began playing with a few toys that were sitting on the shelf. All of the sudden the little girl starts yelling at him, “no no no, you cannot play with that, it’s mine”. She then jumped up and began hitting him in the head with a stuffed animal. I am seriously not making this up. But, it gets better…

My son grabs a different toy and sits down on a bean bag chair and she starts yelling at the top of her lungs again that it was her bean bag and he had to “move off now”. He didn’t, he continued playing and she not only hit him with the stuffed animal again but began to kick him and spit in his face! I had already browsed the entire car dealership searching for her parents but no one seemed to take ownership for this brat. I had enough so I told them both firmly that there were three bean bags and they could share them. Same with the toys, the entire room was filled with toys and they didn’t belong to either of them.

One of the workers from the dealership came over a few minutes later because this girl was completely out of control. She told me “your children can watch a movie if that will help”. I immediately let her know that the quiet little guy was mine and I had no clue who this little brat belonged to but she needed to be disciplined.

Once that conversation took place, the little girl’s grandmother who was sitting a few rows away came over and snatched her granddaughter by the hand and began scolding her in Spanish. The girl had a major meltdown because she didn’t want to leave the area, but thank goodness the grandmother firmly removed her.

Why did it take the dealership worker commenting on the child’s behavior before the grandmother got involved? It NEVER should have come to that! Trust me, if we would have been at the playground, I would have encouraged my son to play in an another area far away from this demon child. But, we were not. We were in a tiny service center of a car dealership with an open children’s area that was approximately 10×10!

I was pleased the little girl was removed, but the glare the grandmother gave me was cold and unnecessary. She is extremely lucky I didn’t tell her what I really thought about her little bratty granddaughter and her nonchalant attitude towards hitting, kicking, and spitting!

Look, if my kid acts bad in public, I remove him from the situation regardless of how embarrassed I am. He is then punished for his behavior. It has happened to me before and unfortunately it will happen again. There is nothing wrong with disciplining children in public! I should not be the one correcting a stranger’s child but I will do it if and when necessary!

Has this happened to you? How do you handle these situations?