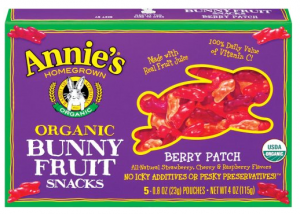 Let me paint my morning scenario for you…I took my three  year old grocery shopping in a very quiet store. We were just about finished our shopping when he spotted bunny fruit snacks and began begging for them.

I told him it was too early for candy but I would purchase a box of the same gummies to eat later (which had 5 packages in total). He threw a complete fit because he wanted the individual packages with the inflated price. He decided he’d scream to get his point across, which forced me to put the gummies back on the shelf and just walk away completely.

I was mortified by the public tantrum, but took the attitude “it is what it is”. I refuse to let a three year old dictate what I am going to do. The louder he yelled, I calmly told him that he was going to be punished with no outside play, no tv and no playground. I guess he didn’t like my bartering skills, so the screams became louder following by flailing arms and legs. An outsider would have thought someone was being tortured by the sounds the child was making. It was a scenario that every parent hates being in! But, I was not taking him out of the store and leaving, my grocery shopping was complete and I was ready to check out.

The nicest cashier (former nanny) reassured me that I was doing the right thing by not giving in to the child’s wants and remaining calm. I know that if I would have given him the darn gummies, the rest of the experience would have been pleasant. BUT what kind of message is that sending to my kid? If I scream, mom caves and I get exactly what I want. So, I was firm and he knew he was in trouble.

Another mother jumped in line behind us and told me to hang in there (how sweet is that?!?!). She told me she has two boys and that years 3 and 4 are the absolute worst, but to be firm with the discipline and he will become a better person as a result. I have to tell you, the kindness from these strangers was appreciated today!

I know I cannot be the only parent that sometimes questions if I am the right person for the job, right?

I know every child is different, but how do you handle situations like this?