My family has been battling a stomach bug (6 out of 7 from Thanksgiving now have had it…I am the only one spared) so my son has not been himself. I am guilty, when he just wants to snuggle on the sofa and watch tv, then I let him. 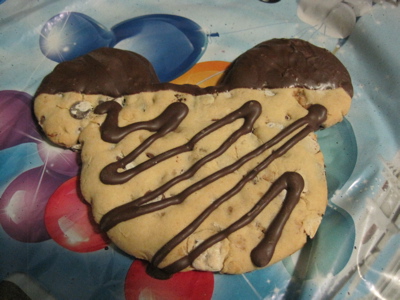 Yesterday, I found new shows to live stream from NETFLIX and do you know what he wanted to watch? Walt Disney World Documentaries! I’m not joking either. He shook his head no to all the train cartoons that I found and became so irritated that I kept asking him what he wanted to watch. He started making his Mickey squeaking noise (yes, mice make noises…didn’t you know) and pointing at the 3 documentaries that I added to the line-up.

We watched the first one on Walt Disney World and he became so excited when he recognized a ride or landmark from the parks. Once it was over, he begged for the next one about Disney Land. I told him if he’s a good boy, he can watch the third one on Animal Kingdom today (I’m sure it will be the first thing he asks for when he wakes).

Tonight, we are heading to Mickey’s Very Merry Christmas Party at the Magic Kingdom. He has been carrying around the brochure all week long and showing me where his favorite attractions are located. I couldn’t even understand a map until I was MUCH older but this kid is so analytical at 2 1/2 that he totally gets it. Blows my mind!