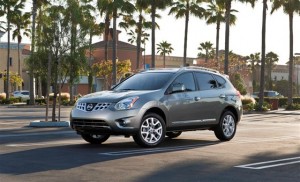 The redesigned 2011 Nissan Rogue crossover SUV is designed to satisfy both the buyer’s functional and emotional needs – especially those of moms. It has an upgraded look inside and out including exterior, interior, comfort and convenience. The utility of the vehicle is enhanced by numerous storage and functionality features including an over-sized glove compartment and large center console.

In addition to looking great, it also offers a long list of standard safety features (which is most important to me) including:

The 2011 Nissan Rogue is scheduled to go on sales at Nissan dealers nationwide on August 13, 2010. More information about the new 2011 Rogue can be found here.

Nissan has generously offered one of their press cars so I can experience the redesigned 2011 Rogue. I am very excited to get a first-hand look and test the above mentioned features.