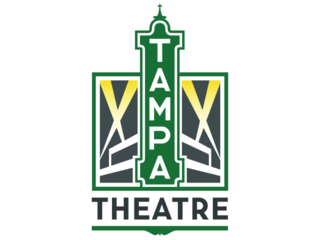 WITH FOUR “MOVIES THAT CELEBRATE MOVIES”

Tampa’s majestic movie palace will celebrate its 90th birthday on Saturday, October 15th with four screenings of films chosen for the ways in which each pays tribute to the art of cinema. The titles span an impressive eight decades of filmmaking, and include a silent film with live accompaniment on Tampa Theatre’s original Mighty Wurlitzer Theatre Organ – an homage to the Theatre’s early days as a silent film house. And as a nod to the Theatre’s opening night in 1926, tickets for the Oct. 15 shows are just a quarter – a dollar for the whole day – and will be available cash only, day-of, at the historic Franklin Street Box Office.

The Birthday lineup consists of:

Hugo is an unusual movie, straddling the worlds of both “art cinema” and technical showpiece. It won many awards for cinematography, as well as visual and sound design. Even its 3D version was widely lauded for using the technology in service of the storytelling, rather than simply for flash. And it was made by acclaimed director Martin Scorsese, who’s not typically known for putting effects in the foreground of his work. At the same time, it works as both fictional adventure story and historical remembrance; Hugo mainly concerns itself with the namesake (fictional) main character, an orphaned boy living on his own in a railway station and trying to avoid notice by the authorities, but Hugo’s fate is tied up with that of a toymaker who also happens to be Georges Méliès, a real-life French film pioneer and visionary director. Hugo’s search for a connection with his father leads into the world’s search for the lost Méliès, who has disappeared from public life. It’s a magical tale that is itself about the way movies can be both emotionally and literally magical. But it also takes true joy in the victories of a little boy who misses his dad and refuses to give up hope.  2h 6m / Rated PG / Family-Adventure

All of the films selected for our 90th birthday celebration are, in one way or another, love letters to the art of cinema. But none of them is as straightforward in its adoration as The Artist, the 2011 Best Picture winner, in the style of silent film. Perhaps that’s because it’s easier to look back in love the more distance you have on the subject. The Artist sets its story at a time of great change in the movie business: George Valentin (Jean Dujardin), a silent film idol, finds himself falling in love with a young starlet (Bérénice Bejo) who happens to be the new, fresh face of a burgeoning movie technology — “talkies.” George’s career is being choked out by the rise of sound, but his love for Poppy might save him, if he’ll let it. The timeline coincides with a time of great change in society in general as well: Sound films come on in the late 1920s, right as the Great Depression is beginning. But The Artist seeks to affirm a lesson everyone learns, if they’re lucky enough to last as long as cinema has: you have to be open to change and you have to adapt to what’s new, or the world will pass you by. Tampa Theatre strives to be as vital and necessary a Tampa Bay cultural institution in 2016 as we were in 1926. And constantly working to make that happen is the most fulfilling job those of us here can imagine.  1h 40m / Rated PG-13 / Comedy

Buster Keaton wasn’t the first silent film comedian, but he was certainly among the best of them, and The Cameraman showcases him at the peak of the form. The story of the movie runs as so many Keaton comedies do: he stars as a working-man type, earnest if a bit inept, trying his best while set upon by his bosses, the authorities, and unbelievable circumstances beyond any control. He yearns for a pretty, young woman of his acquaintance, who repeatedly either doesn’t notice him or turns him down flat. But the story isn’t why you come see a Buster Keaton movie, and it won’t be why you find yourself unable to blink. Keaton’s balletic physical performance, his flawless comic timing and his deadpan facial expressions are as good as they’ve ever been in The Cameraman. This is a late-period Keaton film — in less than a year, MGM would take creative control away from him (Keaton was often director and writer on his own movies, whether credited or not) and his star never quite rose to such heights again. But maybe that’s appropriate. At his most brilliant, Buster Keaton’s performances are anxious, kinetic, serendipitous; each take feels like a one-in-a-million shot. His career was one-in-a-million, too.

Dr. Steven Ball will join us from Atlantic City, NJ – where he is the Director of Outreach for “the largest musical instrument on earth,” Boardwalk Hall’s massive pipe organ – to accompany this silent classic with an original score of his own composition, written to showcase Tampa Theatre’s original Mighty Wurlitzer Theatre Organ.  1h 9m / Not Rated / Silent Comedy

Whatever you love changes your life. It can put you on a path, lead you into relationships, expand your consciousness. And it can teach you lessons about yourself. Cinema Paradiso, winner of the 1989 Academy Award for Best Foreign Language Film, is a movie about loving movies. That’s why we’ve included it among our special presentations for our 90th birthday (well, that and it’s our CEO’s favorite film). But it’s also a movie about love itself, and how love shapes a person’s life. Salvatore (Jacques Perrin) is drawn to the movies out of excitement — they’re larger-than-life, and they show him the world in a way that his day-to-day existence in Sicily as a boy never could. By the time we see him in adulthood, cinema is his primary way of interacting with the world. He’s a projectionist and filmmaker, and his mentor advises him through movie quotes. But love is one of the things he can’t learn from the movies. And his love for film eventually forces a decision: will he leave the world of his childhood to follow his dreams? Will he embrace what must change in his life in order to pursue what he loves? And what will it cost him?  2h 35m / Rated R / Drama

Please note: Doors open for each film an hour before show time. Tickets will be available at the historic Box Office, located at 711 N. Franklin Street, on a first-come, first-served basis.