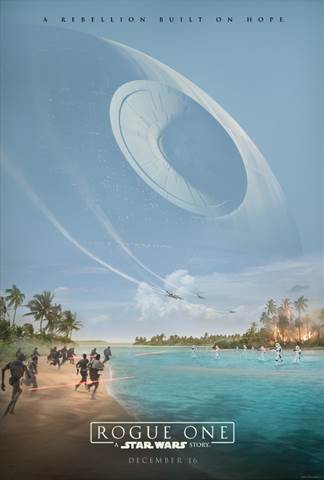 If you have been watching the Olympics live coverage tonight, you may have already viewed this treasure. If not, here is the latest trailer for ROGUE ONE which hits theaters December 16, 2016.

Lucasfilm’s ROGUE ONE, which takes place before the events of Star Wars: A New Hope, tells the story of unlikely heroes who have united to steal plans to the dreaded Death Star.