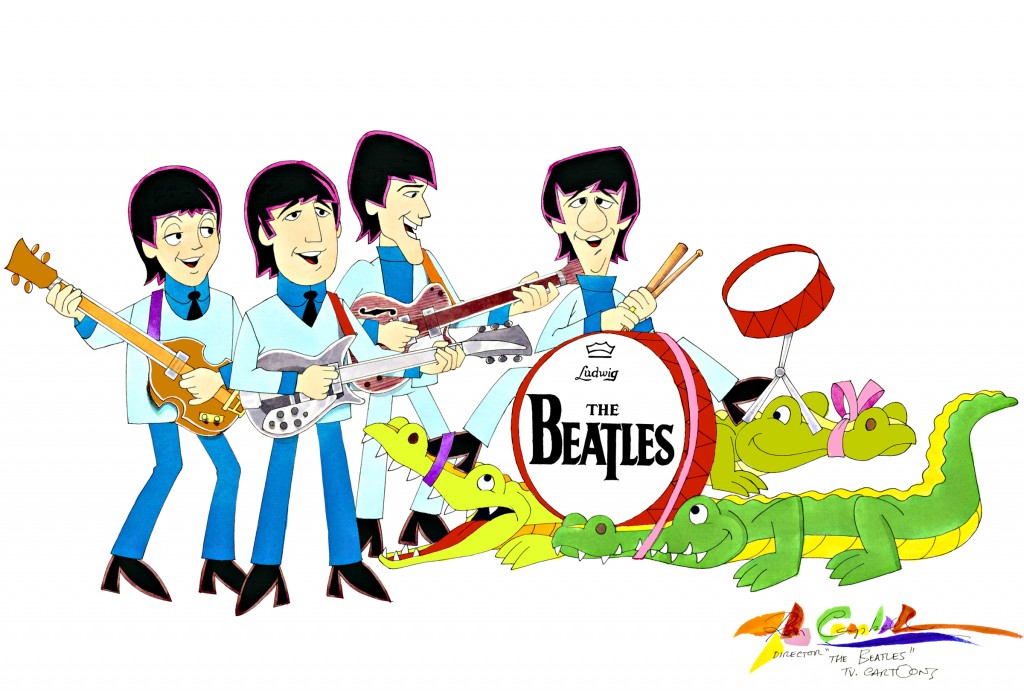 1059 SUNNY FM is welcoming a one of a kind rare Rock & Roll fine art show to the Artegon Marketplace in Orlando, Friday, June 5th – Sunday, June 7th, 2015. The “1059 SUNNY FM Rock Art Show & Sale” is a unique collection of original art, lithographs, photographs, concert posters, gold records, album art and more from the greatest rock artists of all time, plus a live appearance from Beatles animator Ron Campbell. Campbell will be exhibiting his original Beatles cartoon art as well as painting new works at the show. The show is free and open to the public on Friday, June 5th through Saturday, June 6th from 10am – 9pm and Sunday, June 7th from 11am – 6pm. All works are available to purchase

Ron Campbell, director of the legendary Saturday morning Beatles Cartoon series that aired on ABC from September 25, 1965 through April 20, 1969 and animator on the Beatles film Yellow Submarine will make a rare personal appearance at the “1059 SUNNY FM Rock Art Show & Sale” throughout the entire show. In his book, Up Periscope, Yellow Submarine Producer Al Brodax gives Ron Campbell a great deal of credit for saving the movie Yellow Submarine and tying it all together at the last minute. Ron will have many of his original Beatles paintings on sale created specially for this show as well as give a live demonstration of his painting.

In addition to his Beatles past, Ron has been involved with some of the most beloved cartoons including, Scooby Doo, Krazy Kat, George of the Jungle, The Jetsons, The Flintstones, the Smurfs, Goof Troop, Captain Caveman, Rugrats, Winnie the Pooh, Ed, Edd & Eddy and dozens more.