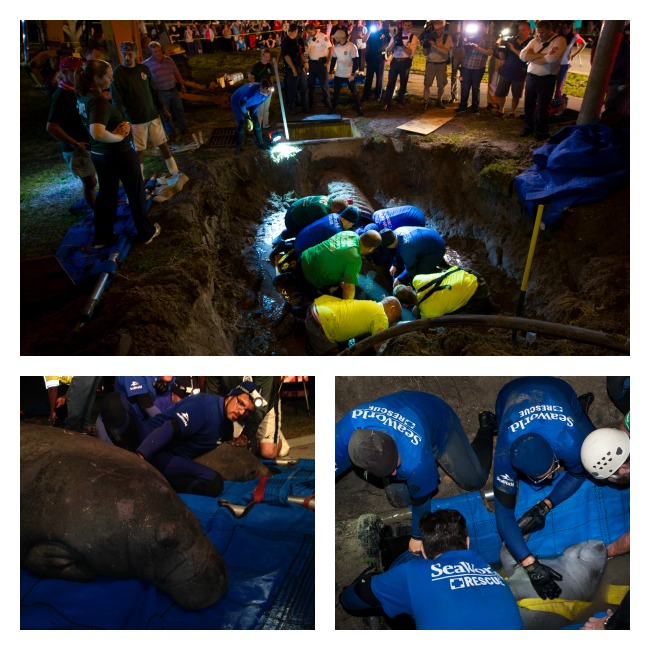 The SeaWorld Animal Rescue Team, government officials and the local community banded together through the night to rescue 19 manatees stuck in a drainpipe in a residential area of Satellite Beach, Florida. 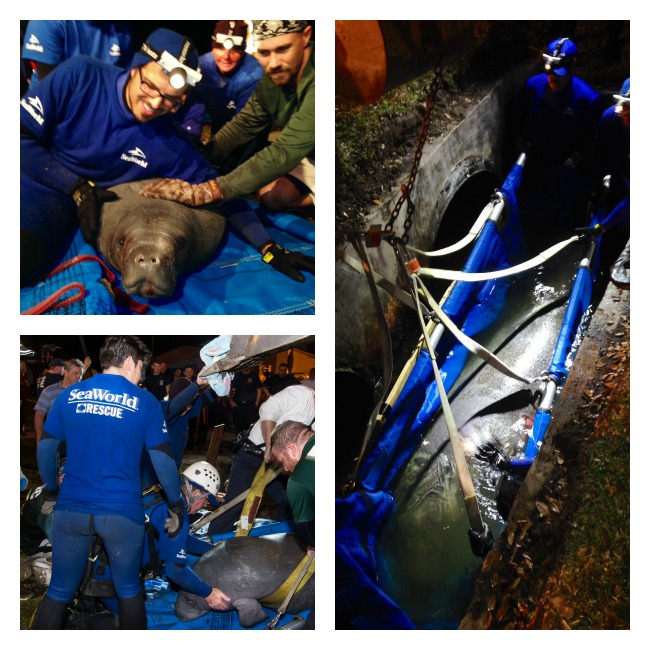 Florida Fish and Wildlife Conservation Commission (FWC) called on SeaWorld to lend their expertise to help assist with this massive manatee rescue attempt. 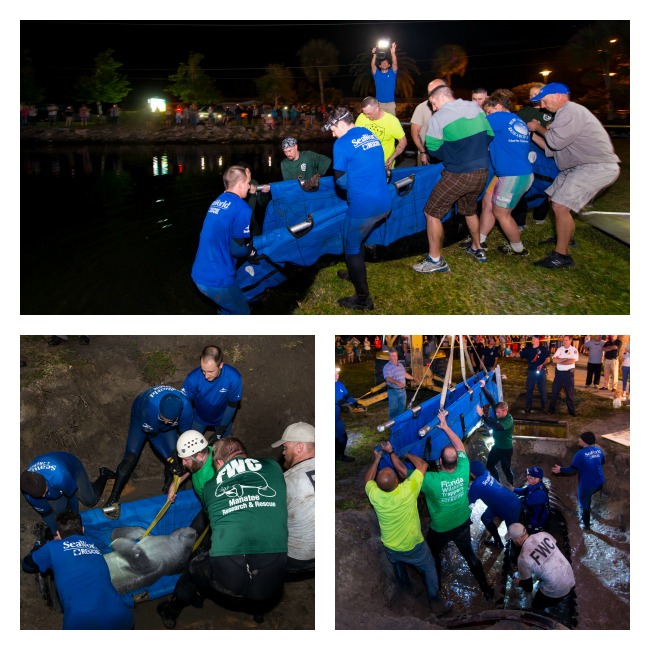 The successful rescue lasted nearly nine hours and included six manatees being pushed through the pipe into a nearby pond that empties into the Indian River Lagoon.  Members of the local public works agency had to drill through the pipe in order to lift the remaining 13 manatees out and relocate them into the pond.  Also participating were local firefighters and police as well as Hubbs-SeaWorld Research Institute.

Manatees need warm water, above 68 degrees F, in order to survive.  With the recent cold snap in Florida, the manatees needed to find a warm water source and ended up congregating in the pipes.

In collaboration with the government and other members of stranding networks, SeaWorld Parks & Entertainment operates one of the world’s most respected programs to rescue ill and injured marine animals, with the goal to rehabilitate and return to their natural environment. SeaWorld animal experts have helped more than 24,000 animals in need – ill, injured, orphaned and abandoned – for more than five decades.

The MRP is a cooperative group of non-profit, private, state, and federal entities who work together to monitor the health and survival of rehabilitated and released manatees.  Information about manatees currently being tracked is available at www.manateerescue.org. The endangered Florida manatee is at risk from both natural and man-made causes of injury and mortality. Exposure to red tide, cold stress, and disease are all natural problems that can affect manatees. Human-caused threats include boat strikes, crushing by flood gates or locks, and entanglement in or ingestion of fishing gear.