STANLEY CUP TO APPEAR IN ORLANDO DURING ECHL ALL-STAR WEEK

NHL hockey fans, here’s YOUR chance to see the Stanley Cup in Orlando! 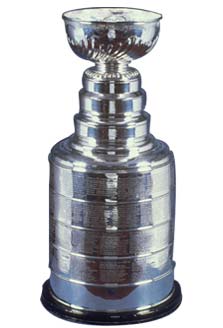 The Orlando Solar Bears, in conjunction with the ECHL, announced that the Stanley Cup will appear during the 2015 CCM/ECHL All-Star Week presented by Visit Orlando, marking the 13th time in the last 15 years that the NHL championship trophy will be on display during the ECHL All-Star festivities.

On Tuesday, January 20th, the Stanley Cup will be on display for any fans that have purchased a FanFest Ticket to have their picture taken with the revered trophy. Ticket holders will receive a separate pass required for admission into the Disney Atrium at the Amway Center from 5:00-10:00 p.m. during the ECHL FanFest presented by Walgreens.