This past weekend, my son experienced his first Washington Capitals NHL hockey game at the Amalie Arena in Tampa, Florida. My 6 year old has been playing mites hockey for about a year, and is identified at our local rink by his Ovechkin jerseys. His nicknames are “Ovenchicken” and “Little Ovie”. 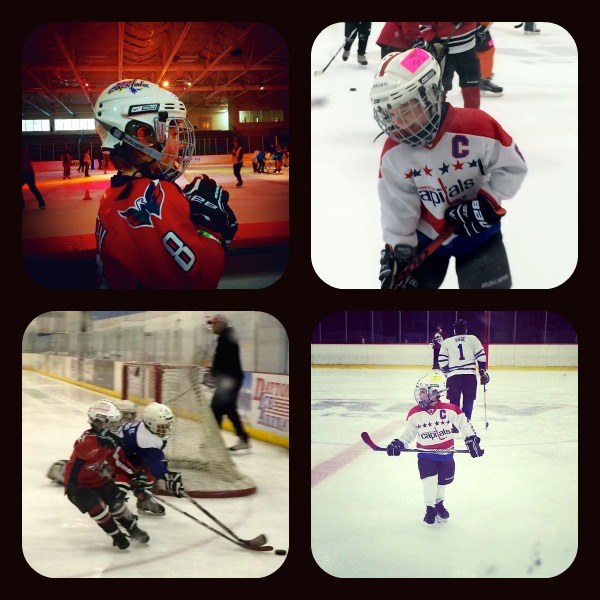 Imagine the surprise as we checked into our hotel Saturday evening and spotted his favorite hockey player, Alex Ovechkin! He was on his way out, but I was able to snap a photo and chat with him. After the initial shock wore off, we hit the escalator to try to snag a photo but Ovechkin was already on the bus. We chatted and fist bumped with Mike Green (#52) then grabbed a photo with Nicklas Backstrom (#19). 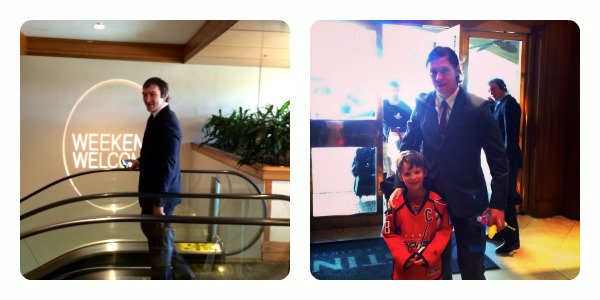 We hurried to Amalie to get in line, we wanted to run into the arena as soon as it opened. Since we had lower level tickets, we were able to get close to the Capitals bench for warm-ups. A friendly usher guided us to a location where we could fist bump players as they walked to their bench! Before the players took the ice, we saw our goalie Braden Holtby (#70) mentally preparing on the visitor’s bench. 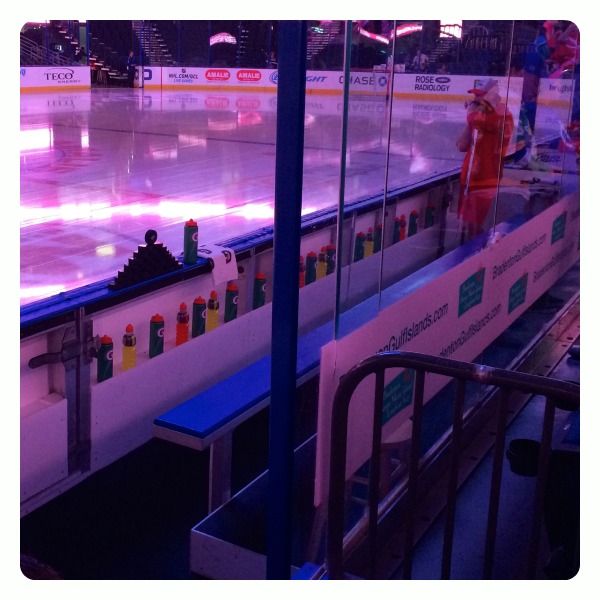 Here are some photos of my son peeking in the tunnel. 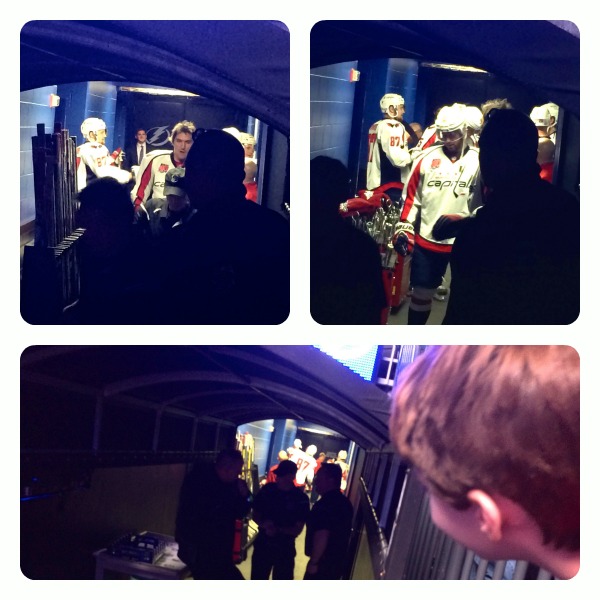 Then, the players came out and fist bumped with him (even Ovechkin)! We had one HAPPY little guy! Below are photos from warmup (click here for video). 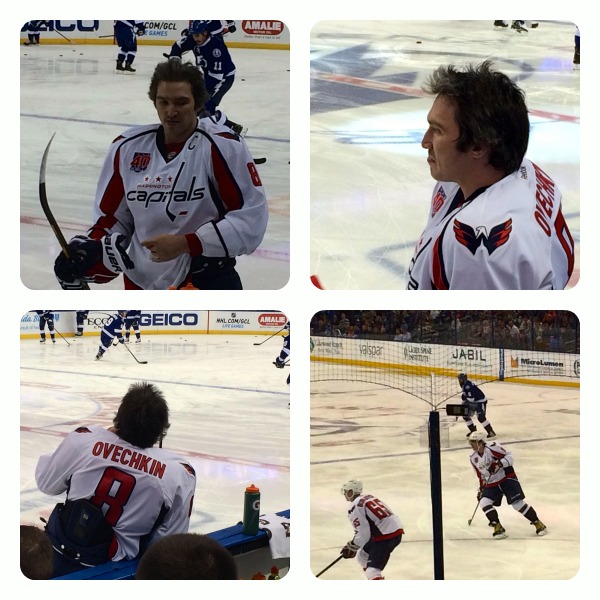 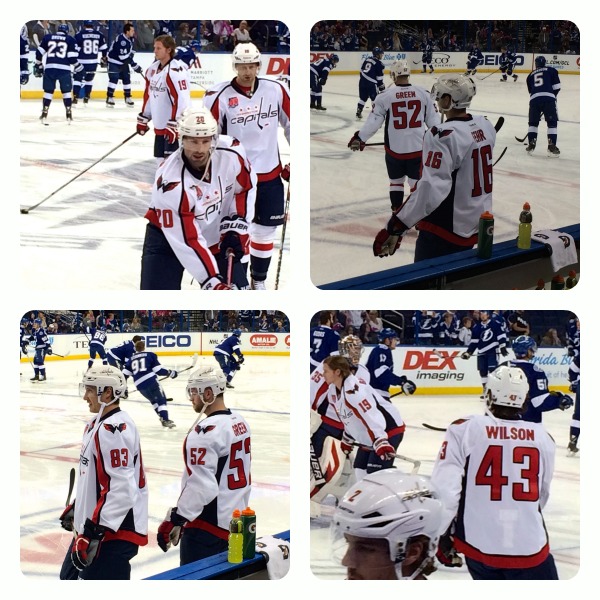 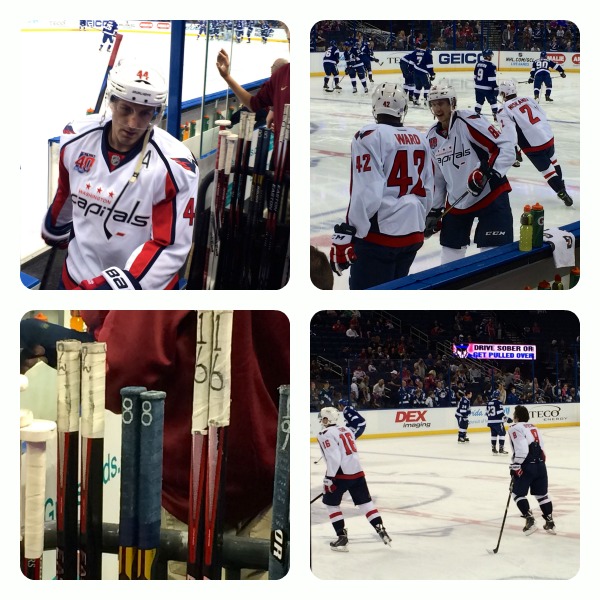 We watched the entire warm-up from the bench area then as the Capitals left the ice, Eric Fehr (#16) handed my son an official NHL puck (video here)! My kid was speechless!

We also supported the Lightning Foundation with our winning bid for an autographed Ovechkin jersey! Here’s a photo of my boy with his NHL puck from Fehr and autographed jersey. 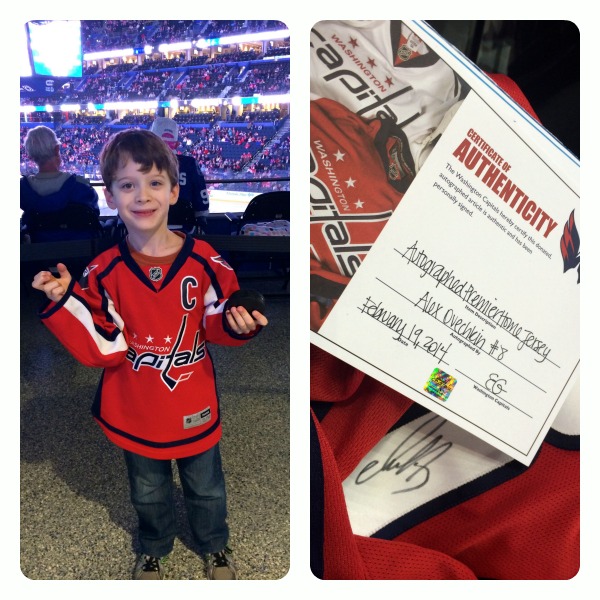 Despite the loss, we had the time of our lives! Not sure we could top this day! 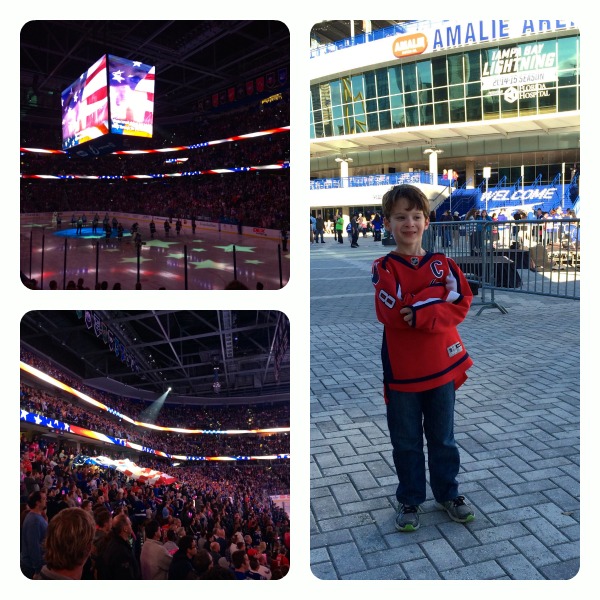 Last photo, here’s a side-by-side of Joel Ward (#42) and my little hockey player. 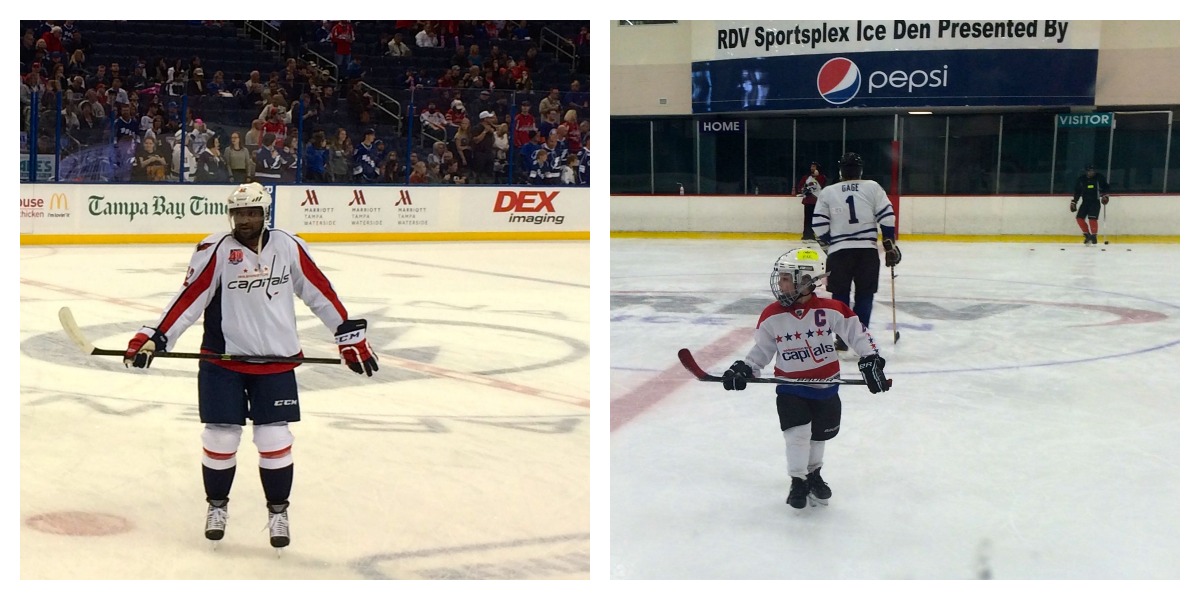