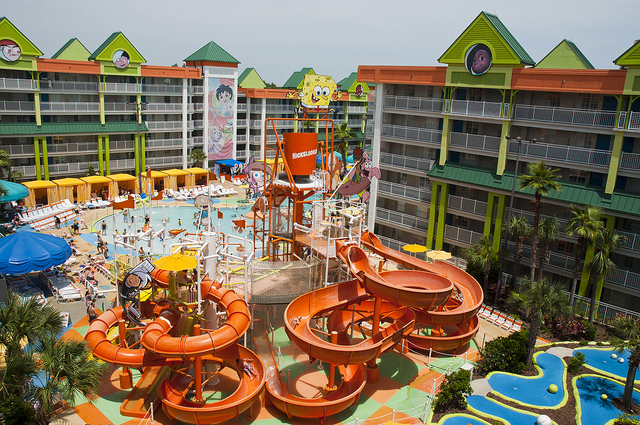 These Super Megaforce weekends of adventure and excitement will feature a variety of activities for guests including:

In addition to the Power Rangers weekends, the hotel’s annual Halloween “spooktacular”, Nick-Or- Treat, will occur each weekend in October. Guests can trick-or-treat across the property with some of their favorite Nickelodeon friends, including SpongeBob SquarePants and Dora the Explorer. They are also encouraged to bring their own costume or borrow one from the hotel for the event.

“So far, 2014 has been filled with incredible experiences for our guests. Hosting the Power Rangers Super Megaforce live-action cast and two Power Rangers weekends in October is one more way we are bringing one of kind experiences to the hotel,” said Tony Aslanian, director of sales and marketing for Nickelodeon Suites Resort. “We have several great stay packages to compliment these special event weekends that kids and families are sure to enjoy.”

Located in the heart of Orlando’s tourism district, Nickelodeon Suites Resort, otherwise known as the Nick Hotel, is much more than a place for guests to lay their heads at night. From two over-the- top pool complexes with slides and flumes\, to live entertainment and character breakfasts featuring Nickelodeon’s beloved characters, to a multimillion dollar 4-D Theater, to the colorfully themed kid suites and gallons upon gallons of slime, Nick Hotel offers non-stop activity from dawn to dusk for the entire family any time of the year. For more information about the Nick Hotel, visit www.nickhotel.com or call (877) NICK-KID.