Adult manatee was entangled in a crab trap in Clearwater

A mother manatee and her dependent calf were successfully rescued in Clearwater, FL on August 26 due to a joint effort by Clearwater Marine Aquarium and FWC.  The incident was initially reported to FWC by concerned citizens after seeing a distressed manatee swimming in Allen Creek.

A team of more than a dozen rescuers found that both of the adult’s flippers were entangled in rope from a crab trap and the left flipper was deeply embedded.  Staff also rescued the dependent young calf, who did not have any visible injuries but seemed underweight and is dependent on her mother.  Both manatees were transported to Tampa’s Lowry Park Zoo where they are currently receiving treatment.  Once recovered, both manatees will be released back into the wild. 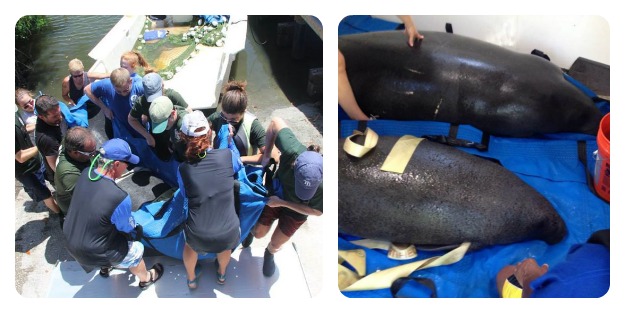