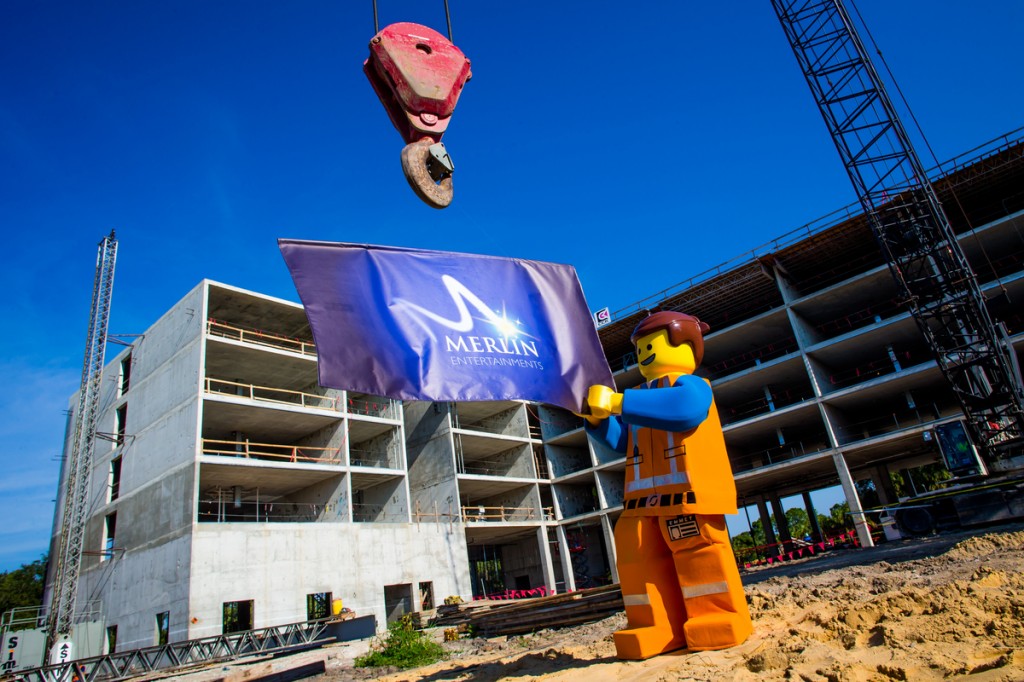 LEGOLAND® FLORIDA RESORT is offering guests a chance to

book their spot in history!

Exciting news LEGO fans! It’s less than one year before LEGOLAND® Florida Resort opens the doors to its new LEGOLAND® Hotel, and the window is now officially open for guests to book their rooms! Opening Summer 2015, the five story LEGO® themed hotel will feature 152 brightly colored and highly themed rooms and suites, thousands of LEGO models and interactive play areas! The addition of the Hotel gives guests the opportunity to extend their stay and explore LEGOLAND Florida Resort for more than one day giving them the ultimate family experience. 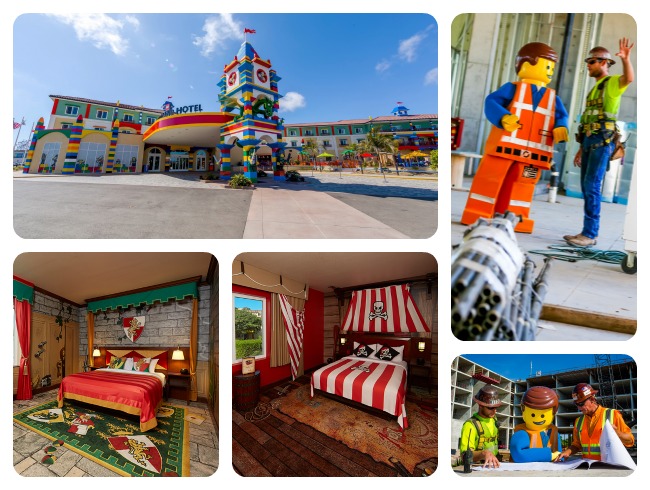 Check out this video!

To book your reservation to LEGOLAND Hotel, visit: www.LEGOLANDHotel.com.

Construction is going strong since the November groundbreaking and LEGOLAND Hotel recently reached its “topping off” milestone as the concrete was poured onto the roof. Emmet, from “The LEGO Movie,” dusted off his construction hat to help with the placing of the Merlin flag. Merlin Entertainments, the parent company of LEGOLAND Parks, is the number one attraction operator in Europe and the second largest in the world with more than 100 attractions in 22 countries and across four continents.

Located at the main entrance of LEGOLAND Florida, the Hotel includes a pool, restaurants including a kid-size buffet, interactive play areas and is truly designed to inspire imaginations and create memories for all visitors. Hotel guests will have early access to the Park and be treated to nightly entertainment.

Families can choose from one of three popular LEGO toy lines as their room theme: Pirate, Kingdom or Adventure. All rooms include two separate sleeping areas, with a queen-size bed for grown-ups, and a separate sleeping area for up to three little ones, complete with a bunk bed, pull-out trundle bed and their very own TV! An exciting new room theme will be announced at a later date. Room rates start as low as $249, varying by season. For the most updated information, visit Florida.LEGOLAND.com.