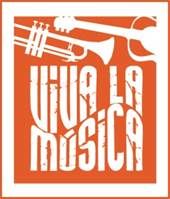 As with all SeaWorld special events, performances are included with admission, Fun Card or annual pass. Viva la Música festival activities begin at 12 p.m. each Saturday, with concerts starting at 3 p.m. at Bayside Stadium:

India, also known as the new “Queen of Latin Soul,” made her debut in the music business in the ’80s, with the popular dance group TKA, one of the first Latin free style groups to take over the streets of New York. She is a multi- Grammy Nominee, and has collaborated with renowned vocalists such as Oscar De León, Gloria Estefan and Michael Stuart.

Originally from Puerto Rico, Victor Manuelle is an international star who has sold out concerts at Madison Square Garden and Carnegie Hall.  “Si Tú Me Besas” reached number one on Billboard’s “Hot Latin Songs” chart.

Olga Tañón is a Puerto Rican recording artist whose singing career began when she joined a group called “Las Nenas de Ringo y Jossie” (Ringo and Jossie’s Girls) in the ‘80s. A short time later a very popular group in Puerto Rico called “Chantelle” noticed her mezzo soprano voice and recruited her. Over the course of her career, she has earned two Grammy Awards, three Latin Grammy Awards, and 29 Premio Lo Nuestro Awards.

The amazing shows are general seating; however, reserved seating for your favorite concerts is available with the following packages:

All packages are available at SeaWorldOrlando.com.

The best way to experience Viva la Música is with a 2014 Annual Pass, starting at only $13 per month with EZpay, for Florida residents. Plus, with an Annual Pass, you can experience SeaWorld’s 50th Celebration featuring new interactive experiences and shows, even more up-close animal encounters at the all-new SEA Garden and the SeaWorld “Surprise Squad” treating park guests with prizes and special experiences every day.