off Merritt Island After Year of Rehabilitation

Yesterday morning, SeaWorld Orlando’s Animal Rescue Team, Sea2Shore and the Florida Fish and Wildlife Conservation Commission (FWC) returned BMan, a sub-adult male manatee, to the waters off Port St. John on Merritt Island, Fla., after receiving care and rehabilitation at SeaWorld Orlando for the past year. 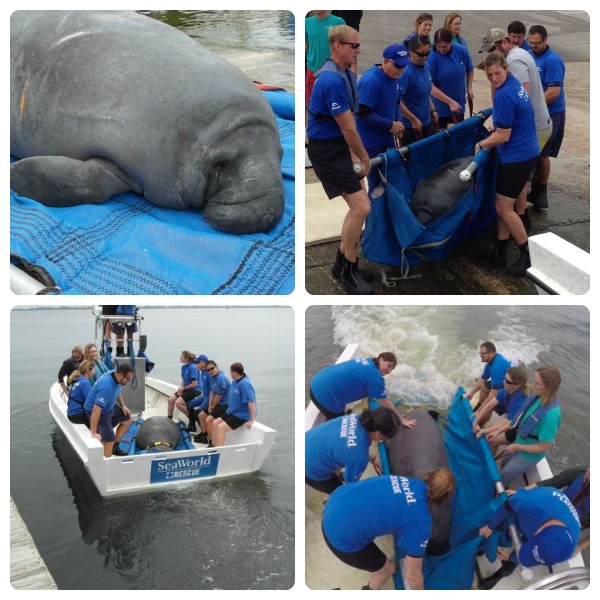 BMan received his name because the shape of his paddle is in the formation of a “B.”

BMan was rescued by FWC and Sea2Shore from the Intracoastal Waterway (ICW) in Palm Coast, Fla., on January 9, 2013, due to cold stress. Following his rescue, he was transported to SeaWorld Orlando by FWC, where he received medical treatment and rehabilitation, including antibiotics, fluids and other supportive care.

After being medically cleared for today’s return, BMan was transported by SeaWorld’s Animal Rescue Team to Merritt Island, a place close to where he was found ill.   As of this morning, BMan measured 8 feet long and weighed 810 pounds, nearly doubling his weight since his arrival.

So far in 2014, SeaWorld Orlando has rescued four and returned five manatees back to their natural environment. In collaboration with the government and other members of accredited stranding networks, SeaWorld Parks & Entertainment operates one of the world’s most respected programs to rescue ill and injured marine animals, with the goal to rehabilitate and return to the waters. SeaWorld animal experts have helped more than 23,000 animals in need – ill, injured, orphaned and abandoned – for more than four decades.

The Manatee Rescue & Rehabilitation Partnership (MRP) is a cooperative group of non-profit, private, state, and federal entities who work together to monitor the health and survival of rehabilitated and released manatees.  Information about manatees currently being tracked is available at manateerescue.org.