Both concerts start at 4 p.m. at the park’s Bayside Stadium. Visit SeaWorldOrlando.com for more details. 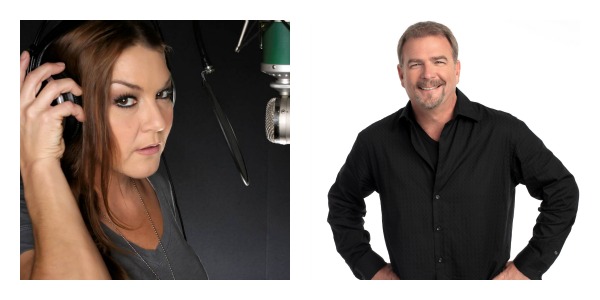 Gretchen Wilson exploded onto the country music scene in 2004 with her smash hit “Redneck Woman” and has since scored three #1 albums. The critically-acclaimed singer/songwriter has won virtually every award for which she’s been nominated, including trophies from the Grammys, ACM, CMA, AMA and more. Her first book, the autobiographical “Redneck Woman: Stories from My Life,” landed her on the prestigious New York Times Best Seller List. CMT listed her “Redneck Woman” video at #11 in their Top 100 videos in 2008. She formed her own record company, Redneck Records, in 2009, and her “I’d Love To Be Your Last” single from her I Got Your Country Right Here CD, received two Grammy nominations. She released three albums in 2013: a new country album entitled Right On Time, a 13-song Rock covers record Under The Covers, and her Christmas In My Heart holiday collection.

Bill Engvall is a Grammy nominated and platinum selling recording artist.  He remains one of the top touring comedians, a television and film star as well as a best selling author.  Most recently, Bill was a contestant on season 17 of ABC’s Dancing with the Stars, and as a fan favorite, he made it to the finals. He previously starred in and executive produced The Bill Engvall Show. Bill was part of the enormously successful Blue Collar Comedy concert films which sold more than 9 million units and received a Grammy nomination.  He also starred on the WB’s hit sketch comedy show Blue Collar TV and in several solo specials for Comedy Central. Bill’s first album, Here’s Your Sign, is certified platinum and held the No. 1 position on the Billboard Comedy Chart. His second album, Dorkfish, also debuted at No. 1 on Billboard’s Comedy Chart. Bill has written several books, including his 2007 autobiography Bill Engvall –Just A Guy. Bill resides in Southern California with his family. More information is available at www.billengvall.com