MEDIEVAL TIMES NATIONWIDE AND IN CANADA GIVE TO

$10 of Every Ticket Sold on Thanksgiving Day Benefits Red Cross

#ChivalryinAction– Medieval Times is donating $10 of every ticket sold to Thanksgiving Day shows to aid the relief efforts in the Philippines- they have two shows to choose from one at 6p and 830p. Take advantage of tickets starting at just $29.95  (click here to purchase). No cooking- No cleaning- Just GREAT fun for a GREAT cause! 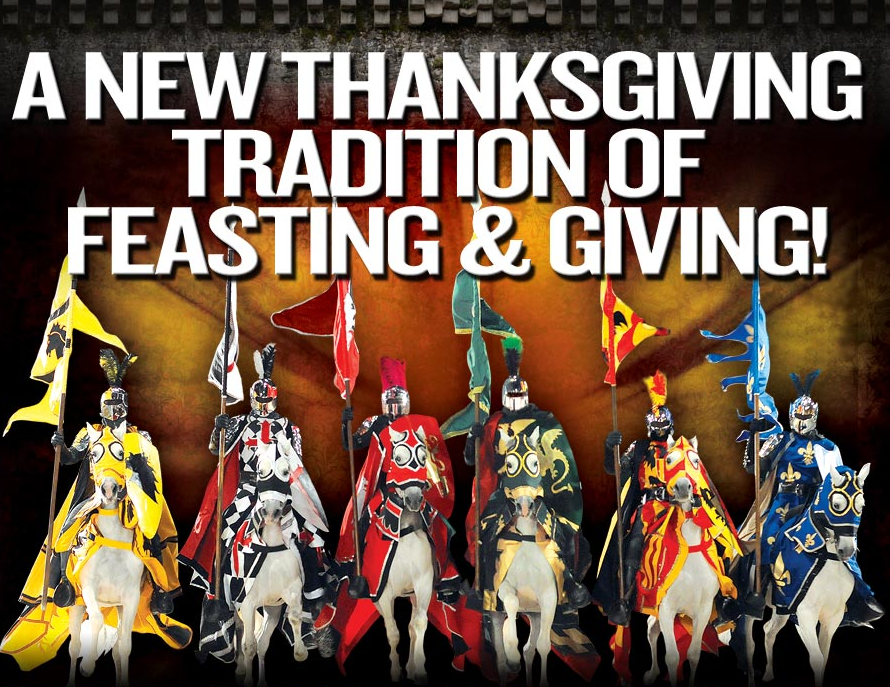 Medieval Times Dinner & Tournament has announced that each of its nine castles in the United States and Canada will donate $10 of every ticket sold on Thanksgiving Day to the Red Cross in its ongoing relief efforts to aid Typhoon Haiyan victims in the Philippines.

“I want to thank the Medieval Times organization for doing something for the people of the Philippines in this time of need. I am grateful that they are making a substantial donation from proceeds of their nine shows on November 28,” said Richard Gordon, head of the Philippine Red Cross. “We need your help. Help cannot wait. Lives of people are at stake and we need to move fast. The priorities right now are clean water, food and shelter, so any monetary contribution will be used for these essential necessities.”

“The Red Cross is doing amazing work in the Philippines to provide relief where it’s needed most, and we want to help,” said Perico Montaner, president, Medieval Times. “We are deeply grateful for the generosity of individuals who give back to those in need. Medieval Times wants to support the disaster relief efforts and provide hope for tomorrow.”