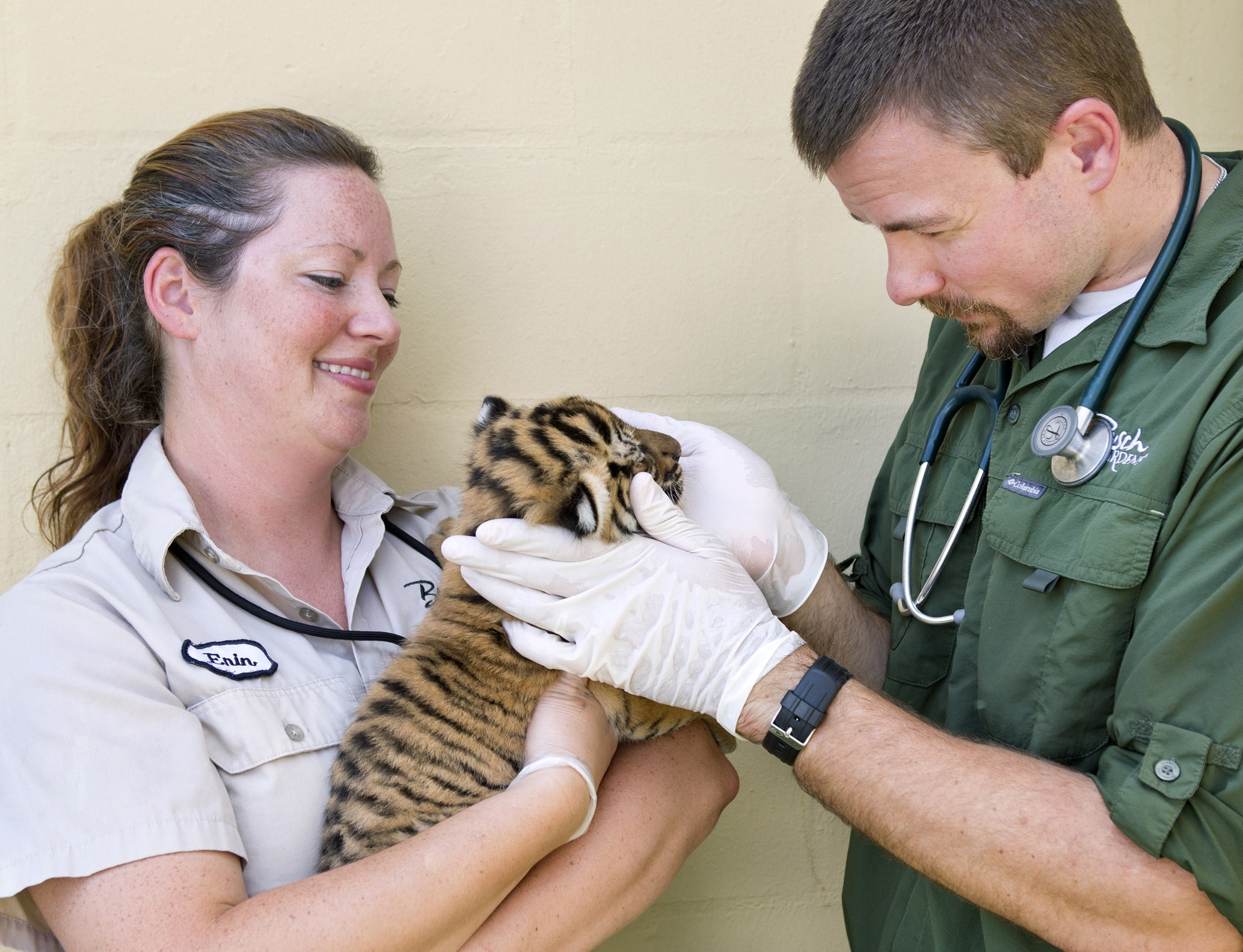 Orlando, Fla. (August 13, 2013) – Whether assisting with the birth of tiger cubs or giving an elephant a pedicure, no day is the same for the zoological professionals of Busch Gardens® Tampa — the land-animal sister park to SeaWorld® — who will star in a new TV series this fall.

The new series The Wildlife Docs™ — which premieres October 5 on most ABC stations during the Saturday morning Litton’s Weekend Adventure block — goes behind the scenes with this elite team of veterinarians, technicians and trainers as they care for the more than 12,000 exotic animals that inhabit Busch Gardens.   Viewers get an up-close look at the ground-breaking medical procedures and enriching care that are just part of a day’s work for this dedicated group.

Much of the show will take place in the park’s new Animal Care Center, an innovative, 16,000-square-foot medical center that brings park guests into the animal care experience. The Animal Care Center includes a nutrition center, treatment rooms, clinical lab and viewing areas.

In addition, this fall kicks off the third season of SeaWorld’s Sea Rescue™ with Sam Champion, which also airs during Litton’s Weekend Adventure block. Sea Rescue tells the stories of marine animal rescue, rehabilitation and release by the SeaWorld rescue team and its partners. The popular show has been seen by more than 86 million viewers in its first two seasons.

The Wildlife Docs is produced in partnership with Litton Entertainment, a leading independent production and distribution company.  SeaWorld Parks & Entertainment™ operates 11 U.S. theme parks, including SeaWorld and Busch Gardens, and is one of the world’s foremost zoological organizations. The company has helped lead advances in the care of animals in zoological facilities as well as the conservation of wild populations. In 2011, it began expanding into new entertainment platforms, connecting people to nature and animals through movies, television and digital media.

“The Wildlife Docs is the perfect companion show to Sea Rescue,” said Jim Atchison, President and Chief Executive Officer for SeaWorld Parks & Entertainment.  “We care for one of the world’s largest zoological populations and also help save animals in the wild, and these shows allow us to deliver these emotional stories in a powerful way.  Whether our team members are rescuing a stranded dolphin on the beach or caring for a new baby zebra on Busch Gardens veldt, these extraordinary individuals are dedicated 24/7 to caring for animals.”

“As we begin our third season, I’m extremely pleased to welcome The Wildlife Docs to Litton’s Weekend Adventure. The show continues our successful and gratifying mission to take viewers on unique educational adventures,” said Dave Morgan CEO and President of Litton Entertainment.