New Attraction will be the First Drop Tower of its Kind in the World! 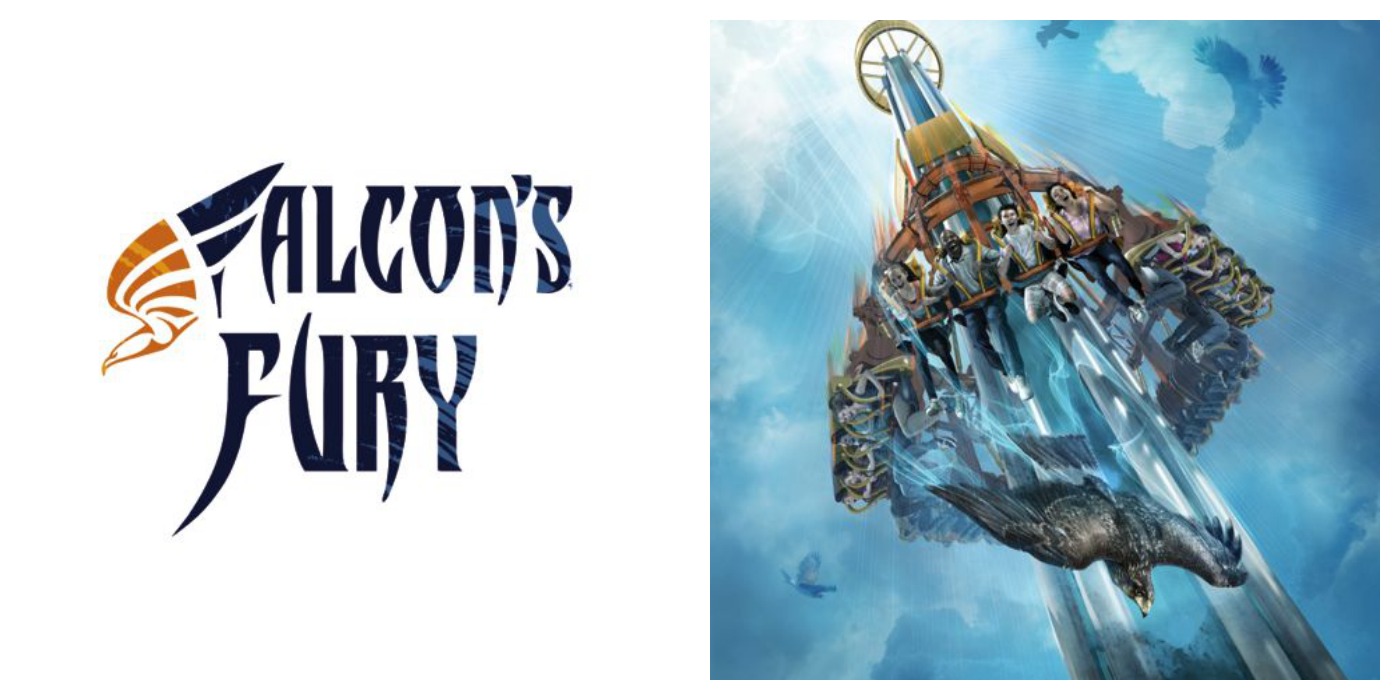 Tampa, Fla. (June 11, 2013) – For more than five decades Busch Gardens® Tampa has delivered some of the world’s most exciting thrills.  Rides like Cheetah Hunt®, SheiKra®, Montu® and Kumba® have set the stage, and Busch Gardens is ready to drop big news.

In spring 2014 Busch Gardens Tampa is taking guests’ experiences to new heights with Falcon’s FuryTM, the first drop tower of its kind in the world.  Additionally, with no connecting structures, it will be the tallest freestanding drop tower in North America.

No bird can match the speed of a falcon in its hunting dive. The falcon is the fastest animal on Earth, reaching speeds of 200 mph. Designers were inspired by this bird of prey during the development of the new attraction.

Falcon’s Fury will stand at 335 feet and take riders soaring 60 mph straight down. Located in the Timbuktu™ area, Falcon’s Fury will be visible from any location in the park and even across the Tampa Bay area.

At the ride’s highest point Busch Gardens has added an element of surprise.  Like its bird of prey namesake, riders will pivot 90 degrees in midair to a face-down dive position. An instant later they’ll plunge 60 mph at 3.5 Gs straight down with speed and power like they’ve likely never experienced before.

Construction in the Timbuktu area of the park has already begun, and Falcon’s Fury is scheduled for completion in spring 2014.  For more updates about Falcon’s Fury at Busch Gardens Tampa, go to FalconsFury.com or drop in to BuschGardensTampaBlog.com.