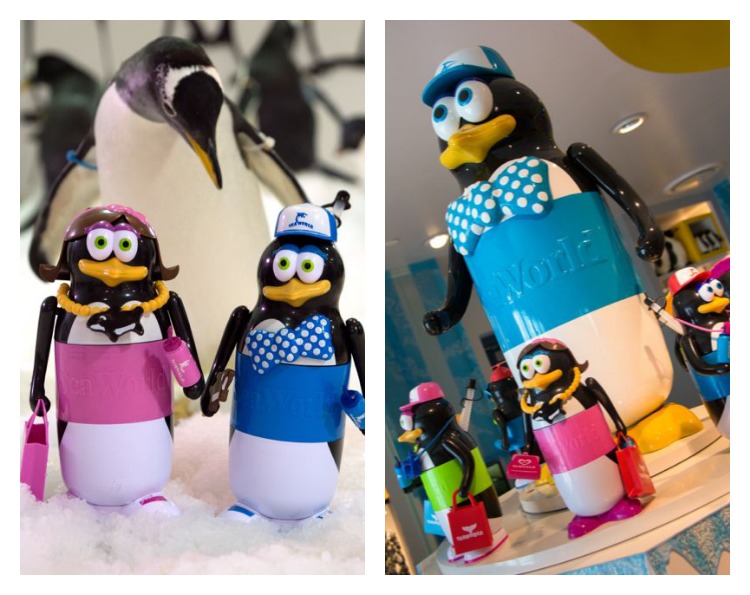 This penguin-shaped cup may look cute and cuddly, but it has a noble purpose: encourage guests to help the planet, one refill at a time.

In conjunction with SeaWorld® Orlando’s epic new attraction and ride Antarctica: Empire of the Penguin™ opening Memorial Day weekend, SeaWorld has created the Cup That Cares™ — a new reusable cup program with a twist of technology. The innovative, interactive cup was designed specifically to connect with Coca-Cola Freestyle beverage dispensers in the new realm.

The new Cup That Cares engages guests in a personalized manner to reuse materials and reduce their carbon footprint.  An RFID chip embedded in each Cup That Cares interacts with software at Coca-Cola Freestyle® dispensers to calculate and tell guests how they are being more environmentally responsible by choosing to reuse.

Plus, SeaWorld will donate $1 from each Cup That Cares purchase to the SeaWorld & Busch Gardens® Conservation Fund, a not-for-profit foundation that helps protect wildlife around the world.

HOW DOES IT WORK?

Technology embedded in the Cup That Cares calculates the amount of CO2 each guest saves from entering the atmosphere when they choose to reuse the cup for refills at Coca-Cola Freestyle machines in Antarctica: Empire of the Penguin. With each refill at the designated machines, exclusive software developed by Coca-Cola and SeaWorld serves up an onscreen message that is customized to that guest’s Cup That Cares history.  The message thanks the guest for choosing to reuse, tracks how many refills the Cup That Cares has been used for, and calculates the running total of CO2 the guest has saved from entering the atmosphere.

Each refill with a reusable cup prevents the emission of approximately 27 grams of CO2.

There are two options, both available exclusively in the new Antarctica: Empire of the Penguin attraction at SeaWorld Orlando:

“Just as penguins do within their colonies, humans also can band together to make a big difference through small actions,” said Dan Brown, Chief Operating Officer of SeaWorld, Discovery Cove and Aquatica Parks. “We see great potential with this new program because it encourages guests to be more aware of their actions – and reduce their carbon footprint — in an easy, fun and innovative way. Each step may be small, but it all adds up when we work together.”

Refills throughout the park for both Cup That Cares options are $.99 each.

PLUS — NEW custom Coca-Cola flavor served up only at Antarctica

About Antarctica: Empire of the Penguin:

The biggest expansion in SeaWorld’s history, Antarctica: Empire of the Penguin opens Friday, May 24 and combines a state-of-the-art family adventure ride with up-close encounters with hundreds of penguins – kings, gentoos, Adélies and rockhoppers.

SeaWorld Parks & Entertainment™ is a leading theme park and entertainment company delivering personal, interactive and educational experiences that blend imagination with nature and enable its customers to celebrate, connect with and care for the natural world we share. The Company owns or licenses a portfolio of globally recognized brands including SeaWorld®, Shamu® and Busch Gardens®. Over its more than 50 year history, the Company has built a diversified portfolio of 11 destination and regional theme parks that are grouped in key markets across the United States, many of which showcase its one-of-a-kind collection of approximately 67,000 marine and terrestrial animals. The Company’s theme parks feature a diverse array of rides, shows and other attractions with broad demographic appeal which deliver memorable experiences and a strong value proposition for its guests. In addition to its theme parks, the company has recently begun to leverage its brands into media, entertainment and consumer products.   SeaWorld Parks & Entertainment is a wholly owned subsidiary of SeaWorld Entertainment, Inc., a publicly traded company (NYSE: SEAS). Copies of this and other news releases as well as additional information about SeaWorld Entertainment, Inc. can be obtained online at www.seaworldentertainment.com.  Shareholders and prospective investors can also register to automatically receive the Company’s press releases, SEC filings and other notices by e-mail.