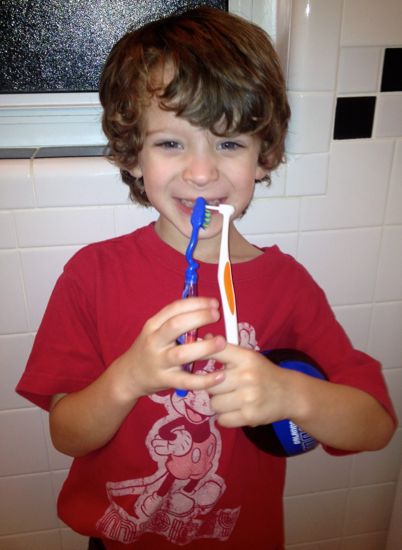 Three weeks ago, my family committed to the Listerine Sweet Smart Challenge (to see the original post, click here). Halloween was the perfect time to teach my 4 year old the importance of brushing, flossing and using a a cavity preventing mouthwash. Sure, to some goblins and ghosts are scary, but check out this terrifying fact:

We were already in the habit of brushing after breakfast and at bed time. Mornings can be tough since we’re always rushing to get out the door. Then, some nights he’s just too exhausted and wants to fall asleep watching tv. But, this challenge has taught him how important taking care of his teeth is (which I am so thankful for).

Brushing for two minutes has been challenging, I let him brush then I help. I have tried singing funny songs to encourage him to keep going, but he thinks I’m annoying. Flossing is the most exciting part of the process, he enjoys the floss wand and uses it well. He examines the string and says “I think I got something”.

But, preparing for Listerine Smart Rinse…oh my. THAT has been entertaining. We have been using a disposable cup filled of water so he can practice swishing and spitting out, but it’s not going well. First, he immediately drank the water. After a few days, he learned to put the water into his mouth, but he still immediately spits it back out (baby steps are steps, too). It will take some practice, but we’re not giving up. 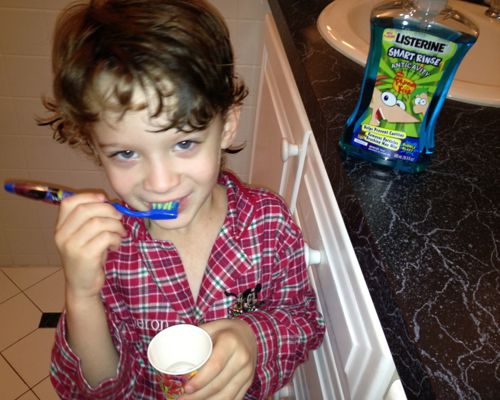 He observes when I use Smart Rinse and thinks the colorful specks left over in the sink are really cool. I explain the colorful pieces are food particles that brushing and flossing does not remove, but at 4 years old…I’m just not sure he understands. But, he thinks it’s cool and it’s keeping him motivated to keep practicing!

For those who have never used Listerine Smart Rinse, what are you waiting for?!?! This product is amazing. Sure, your teeth feel clean after brushing for 2 minutes and flossing, but Smart Rinse proves that your mouth still has food particles that brushing and flossing cannot remove. 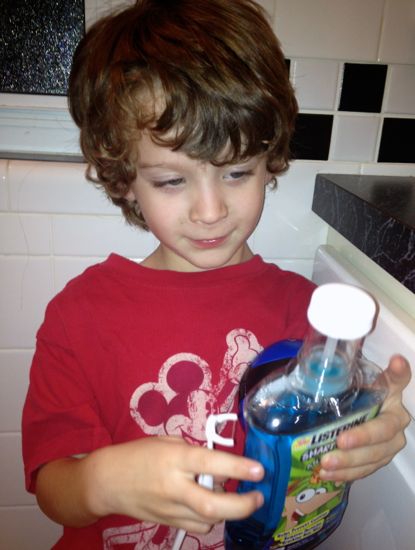 Smart Rinse is an anticavity mouthwash for kids (6+) that:

My son has been sick for a week, so getting him to brush at all has been a nightmare. He hasn’t had energy and stayed in pajamas for a few days. We weren’t even sure he’d be up for trick-or-treating, but at the last minute he said he wanted to. So, we hit a few houses with our little police officer for some fun. 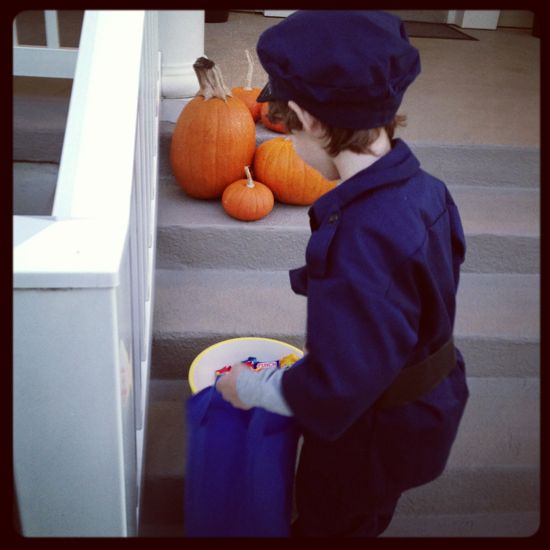 This is what he collected…and he can earn a piece of candy for good behavior (maximum of one per day). He understands candy can make his teeth fall out if he does not take care of them (yes, I use scare tactics, even pulled up photos on the internet which frightened me, too). 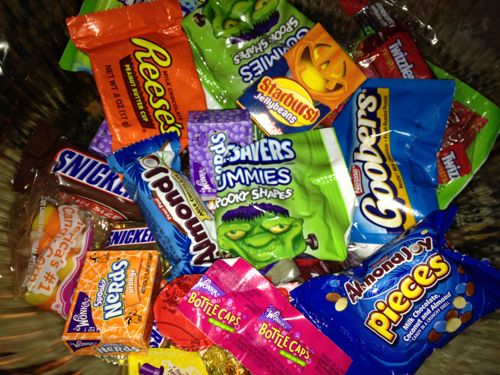 Now that he is feeling better, he is back on track with brushing and flossing (and practicing swishing with water).

All in all, this has been a fun family challenge and we have all learned to take better care of our teeth. Also, Smart Rinse is now part of our daily routine.

To learn how YOU can make a difference for a child in need, I highly encourage you to learn more about the National Children’s Oral Health Foundation: American’s ToothFairy.

* Disclosure: I received products and compensation from LISTERINE and The Motherhood as part of my participation in this campaign. All thoughts and opinions expressed in this post are my own.