In April 2011, I shared a scam attempt received from a company claiming to be “US Airlines” for two free round trip airline tickets. You can access that specific post here. I also updated that blog with this new American Airways scam letter information.

That original blog has received 2000+ comments from folks nationwide who received a similar letter. Not one commenter has actually received tickets, instead it appears to be a promotion for new travel agencies attempting to lure people in and sell them vacation packages. You must sit through a presentation (almost like a timeshare) but you do not walk out with free award tickets.

Today, I personally received an updated letter, this time from “American Airways” which is NOT a legitimate airline. The Vice President on mine is Meredith Loya.

I have received personal threats from those involved in this scam, which is why I am broadcasting their updated scamming attempt again. I am amazed they’d send this to me again considering I have already exposed them! Hopefully, I can save thousands more from falling for this and wasting time!

I am pleased to inform you that you have qualified for an award of 2 roundtrip airline tickets. Congratulations! These tickets are valid for travel anywhere in the Continental U.S. from any major international airport. The retail value of this award is up to $1,398.00. Certain restrictions apply.

We have attempted contacting you several times without success. This is our last attempt. If we do not hear from you soon, we may need to issue the ticket vouchers to the alternative.

And here is an image of my actual letter! 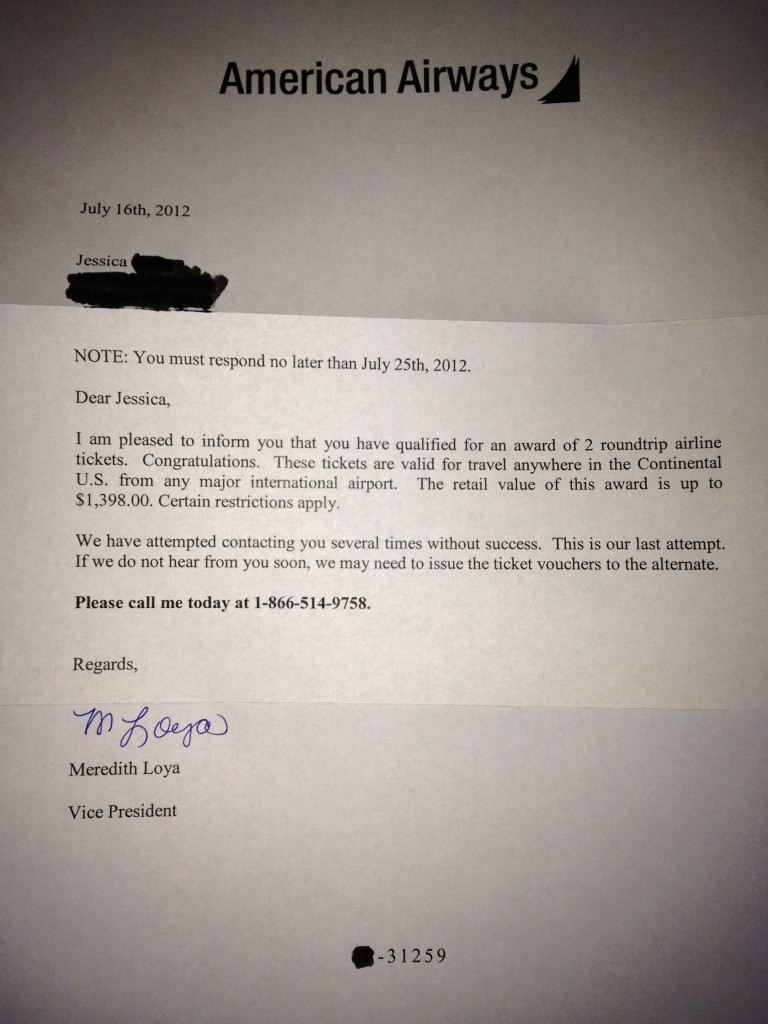