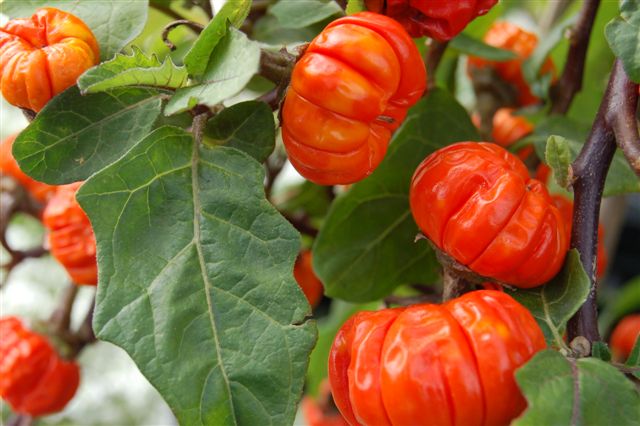 When It Comes to Creating “The Dark Side Of The Gardens” for Halloween,

TAMPA, Fla. (July  2012) – As Busch Gardens began preparations earlier this year to transform the park into “The Dark Side of the Gardens” for its 13th annual Howl-O-Scream event this fall, the horticulture team realized that they faced a challenge: It’s hard to find heirloom pumpkins and winter squash in Tampa in October.

Their solution? To research seeds and plant their own heirloom pumpkin patch. Heirloom pumpkins are the antique varieties of fruits and vegetables not normally found in mainstream produce markets. Heirlooms often feature unusual shapes, unexpected colors, plus a very flavorful flesh. Busch Gardens’ crop of pumpkins is destined not for pies, however, but for the delight of park guests who will be ready for the cooler temperatures and Halloween fun that pumpkin season signals. 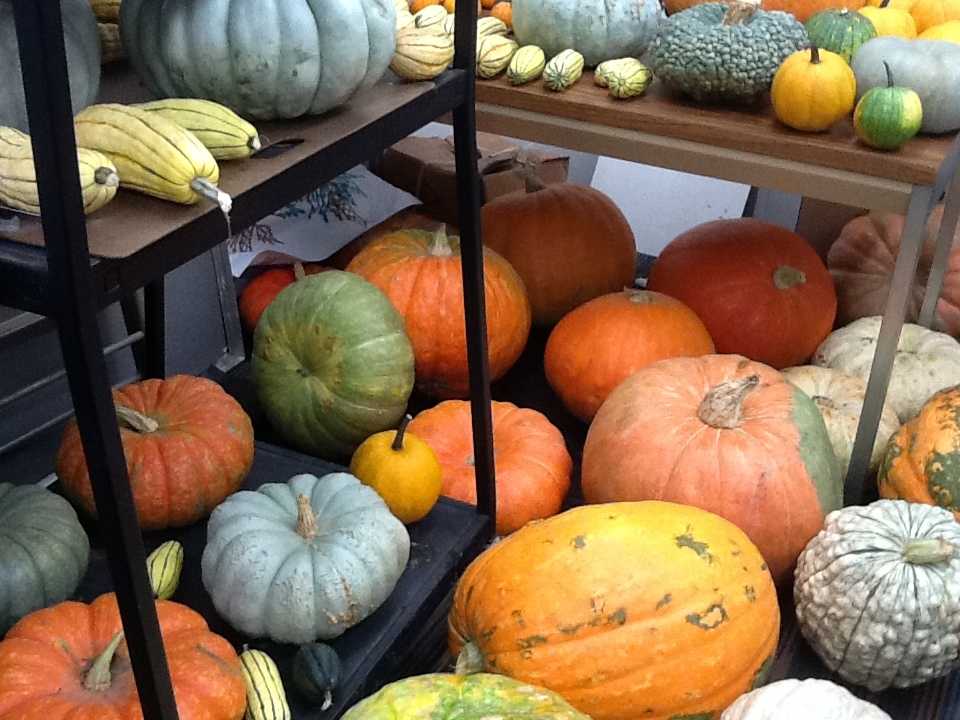 “Last year was our first try at pumpkin farming which ended in miserable results due to heavy rains,” said Busch Gardens’ Director of Horticulture, Joe Parr. “This year, we started in February with raised beds of rich compost made right here at the park with zoo and landscaping debris, and are watering with a water-conserving drip irrigation system.”

It must be working: The pumpkin experiment has yielded more than 60 fruits so far, much to the excitement of the proud gardeners who coaxed the vines from seeds by hand-pollinating the flowers with cotton swabs… and who are now sharing their office with piles of pumpkins. 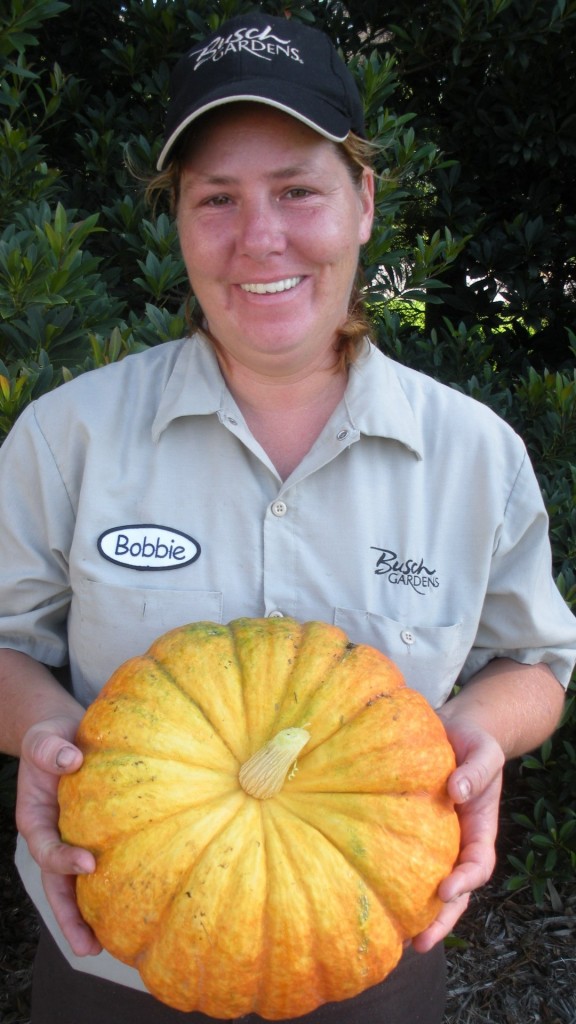 Pumpkins are all American members of the squash family and have been cultivated for more than 5,000 years. When Columbus discovered America, he found the native people growing a variety of pumpkin which would come to be named Seminole. Busch Gardens’ pumpkin patch features the Seminole, as well as La Estrellas, a tropical pumpkin hybrid from the University of Florida. Both thrive in Florida’s heat and humidity. Parr’s team is also growing Rouge Vif d’Etampes (also known as the “Cinderella pumpkin”,) tiny Jack-Be-Littles,  warty, dark-green Marina di Chioggias, the 50- to 60-pound“Big Max,” and even a “Pumpkin Tree,” which is actually a rare orange eggplant with tiny, ribbed fruits.

The challenge now will be to keep the ripe fruits looking their best until September when autumn harvest displays appear in the park for both day guests and Howl-O-Scream visitors to enjoy. If properly stored, pumpkins can last up to a year in Florida.

“As the summer temperatures soar,” says Parr, “it’s nice to think that October’s chill and pumpkins are coming soon.” 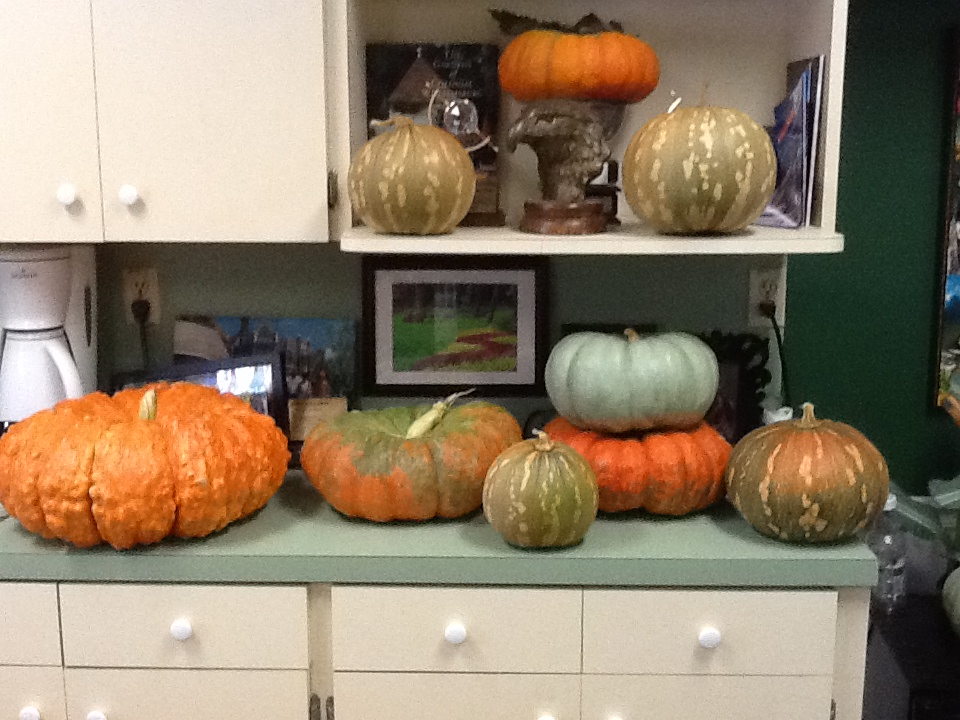