Two New Experiences: A Thrilling Parade and a Stunning Nighttime Show Add to Universal’s “Year to Be Here”

The new experiences are the latest in Universal Orlando’s “Year to be Here” – during which Universal is creating more new entertainment experiences across its entire destination than any other year in its history. The year began with a newly enhanced Blue Man Group Show at Universal CityWalk, continued with the high-tech re- launch of The Amazing Adventures of Spider-Man at Universal’s Islands of Adventure and will continue with the launch of the new Despicable Me Minion Mayhem attraction at Universal Studios Florida this summer.

“We are creating special moments for the entire family,” said Jim Timon, Senior Vice President of Entertainment for Universal Orlando Resort. “You can laugh and dance with your children and their favorite characters and then be completely moved as you watch the most powerful tribute to film you could imagine – all in the same day.”

The streets of Universal Studios will transform into a theme-park-wide performance stage as today’s most beloved stories and characters bring new adventure and excitement to guests everywhere. Universal’s Superstar Parade is one of the largest entertainment experiences the theme park has ever created and will make its way through the streets of Universal Studios every day. It will feature elaborately themed floats that tower above guests, hundreds of energetic street performers and spectacular music and dance performances. Unforgettable moments include Gru, his daughters and Vector from the blockbuster animated adventure Despicable Me dancing to “Boogie Fever,” Nickelodeon’s SpongeBob SquarePants arriving in his pineapple home from under the sea with his friends from Bikini Bottom, E.B. from the hit comedy Hop playing the drums and acrobatic performances by characters from Nickelodeon’s Dora the Explorer and Go, Diego, Go! Throughout the day, guests will be able to sing and dance with their favorite characters from the parade during special performances at select locations. 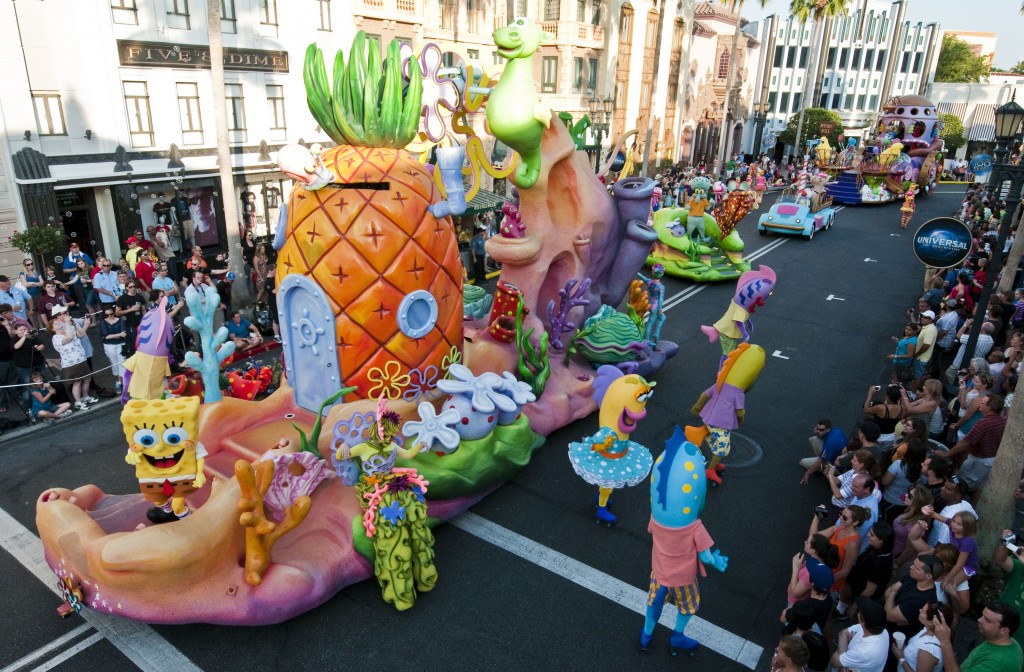 The new show is a tribute to Universal’s 100 years of film-making history, highlighting some of the most fun, dramatic, awe-inspiring moments from Universal Pictures’ most iconic films. These moments are shown in crystal-clear clarity on huge waterfall screens within the Universal Studios Lagoon, surrounded by colorful fountains and pyrotechnics, all against an incredible musical score and a powerful narration by Academy Award- winning actor Morgan Freeman. The show will take guests on a journey of epic cinematic moments filled with heroes, horror, laughter, good versus evil and triumph – all against a backdrop of light, sound and special effects.

Everyone can remember powerful film moments such as Elliott and E.T. riding across the moon in E.T: The Extra Terrestrial, the heroic struggle of the crew from

Apollo 13 or the terror of watching the famed shower scene in Psycho. Universal’s Cinematic Spectacular captures these moments – and so many more. Other iconic films featured in the show include American Pie, The Bourne Ultimatum, Jurassic Park, Scent of a Woman, The Mummy, To Kill a Mockingbird and The Fast and the Furious.

Universal’s Cinematic Spectacular – 100 Years of Movie Memories and Universal’s Superstar Parade will run year-round except during annual and special events. For more information about both experiences visit www.universalorlando.com. 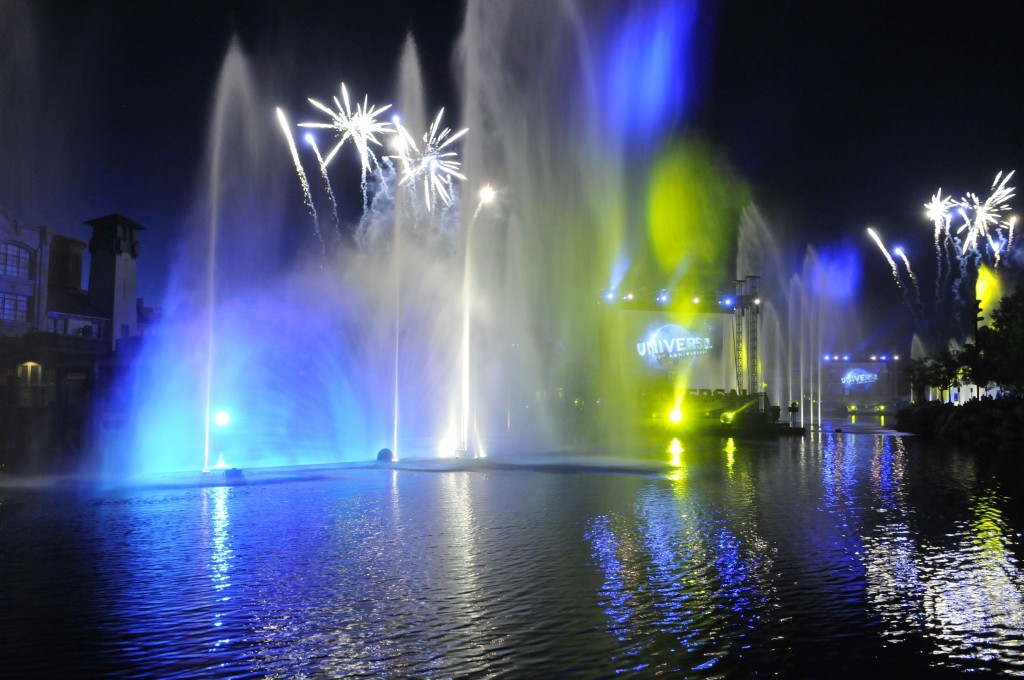 There are many ways to enjoy your Orlando vacation, but there is only one place where vacation becomes adventure: Universal Orlando Resort. It is a unique destination featuring two theme parks, three magnificently themed on-site hotels and a nighttime entertainment complex. It’s the only Orlando destination where you are not just entertained – you become part of the most exhilarating entertainment ever created. You can soar above Hogwarts with Harry Potter, swing above the streets with Spider-Man, battle aliens alongside Agent J, and help Shrek save Princess Fiona in Shrek 4-D. Coming this summer: Despicable Me Minion Mayhem.

Universal Orlando Resort is an NBCUniversal company one of the world’s leading media and entertainment companies.