Red Gold to donate over 15,000 lbs. to Second Harvest Food Bank of Central Florida in Conjunction with Billboard Unveiling! 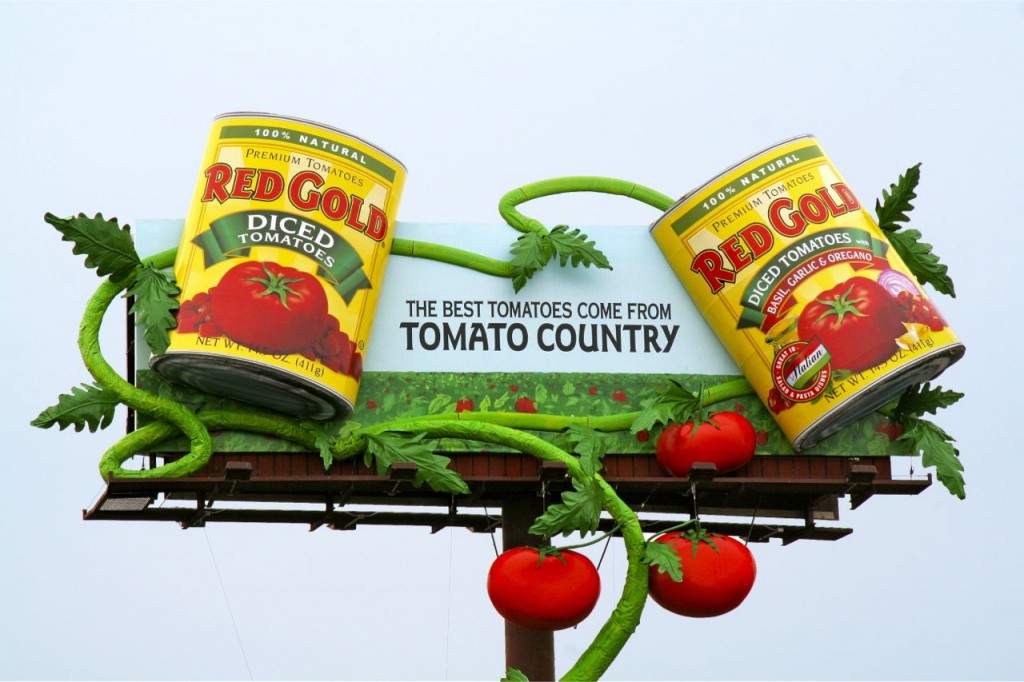 The tomato cans on the billboard are capable of holding the contents of more than 100,000 normal store cans, and enough tomatoes to make Red Gold Chili that could feed a full house at Shamu Stadium at SeaWorld for more than 30 shows. Red Gold has been producing premium quality tomato products since 1942 and is known for canning tomatoes that are harvested from their Indiana, Ohio and Michigan farm fields.

“We wanted to do something dramatic,” said Greg Metzger, director of marketing at Red Gold. “We thought that oversized tomatoes and vines were a great way to reinforce the big tomato taste of Red Gold Brand canned tomatoes. With this program, Red Gold is making a donation to Second Harvest Food Bank of Central Florida.”

Minneapolis-based advertising firm Clarity Coverdale Fury, an expert in such spectacular billboards, created the sign. “The board itself took more than 9 weeks to construct,” said Rob Rankin, VP Director of Brand Development. “While this is not the first 3-D board in the country, it is relatively uncommon given the difficulty and time necessary to create such a display.”

The 3D billboard will be up through May.