Several days per week, I strap my kid in the jogging stroller and we take off. I usually run a few miles, stop at our local playground so he can stretch his legs, then run back home. I love the days when he finds a nice little friend to play with, but some days I just shake my head. For instance, this little girl (see photo below)…well, there is one word I’ll use to describe her and it is “brat”!

The two of them played together nicely, until another girl entered the picture. Suddenly the brat’s mood changed and she wanted NOTHING to do with my kid. She yelled “go away” and “leave me alone” and “I do not like you“. He was like huh?!?! So, he went to the other side of the playground and she followed behind calling him names (meanwhile, her father was watching and didn’t say a word)!

So, my son decided he’d be a boy and show her some Transformer moves. Check out her crossed arms as he began moving like a robot and then saying “boom boom”. 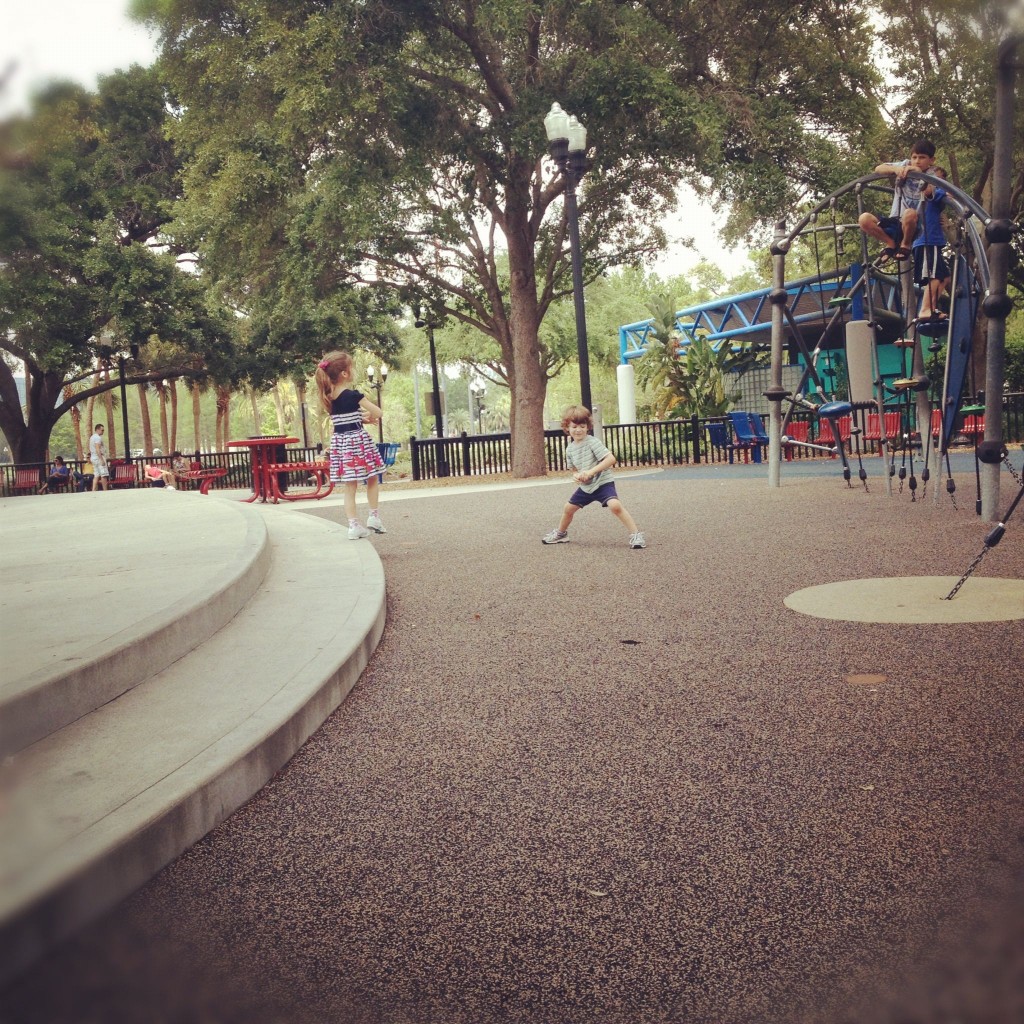 I couldn’t help but laugh! She came over to me and said “he won’t leave me alone” and I just raised my eyebrows and made a “I don’t really care” sound (yes, there is a sound for that!). I didn’t have to say a word, my expressions made her realize that she needed to back off.

My kid was over it and found a nice little boy to play hide-in-go-seek with. All was well in the universe again. 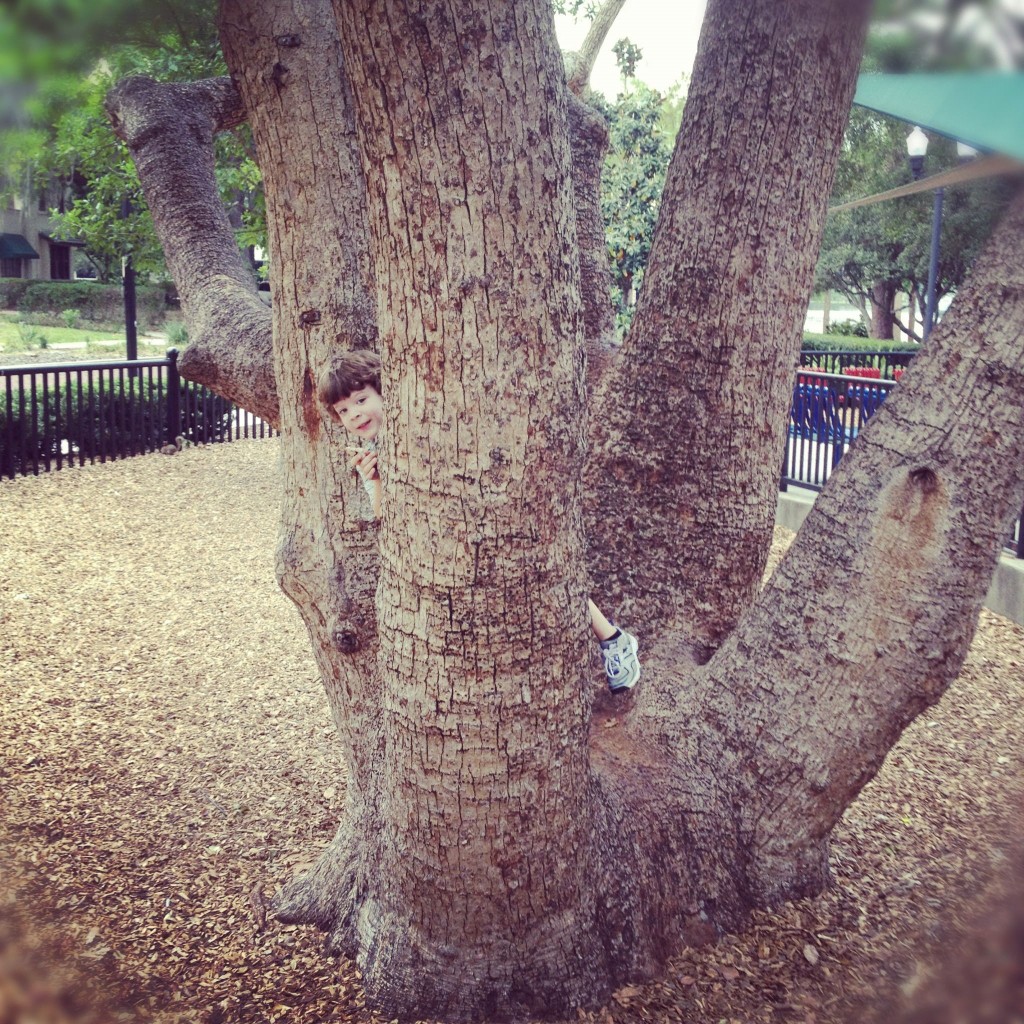 Before we left, he decided to attempt the monkey bars (the last time we were there, he tried at least 20 times, he’d fall, brush himself off and do it again). He’s definitely getting stronger, it won’t be long until he will do more than just hang there! 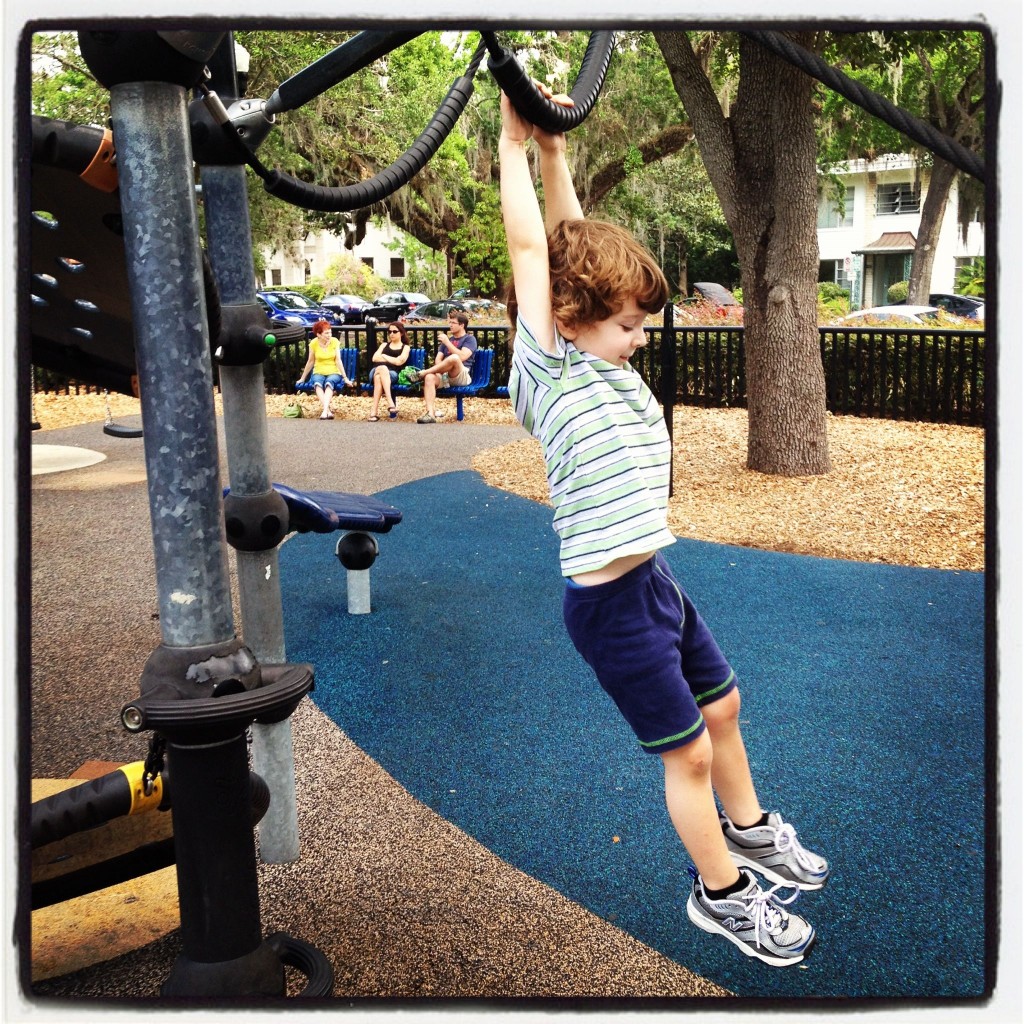 When it was time to leave, we ran around Lake Eola and would you believe we saw the little brat and her father. She LITERALLY stuck her tongue out and crinkled her nose up as we jogged past them. He asked “mommy, why is that little girl so mean” and I said “some people are just not nice, don’t take it personally”.

Who knew little girls were so moody at such a young age?!?! LOL!